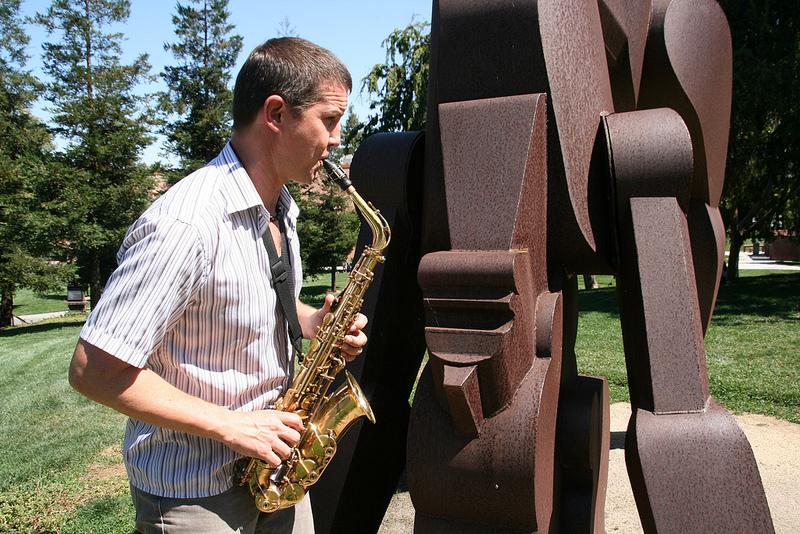 Zebley previously taught at UC Riverside as the director of bands, but his love for jazz persuaded him to leave the UC system and come to DVC. He aims to bring his intense passion and experience to his students, while improving upon the reputable jazz curriculum already in place.

“Jazz is cultural, political, philosophical, it’s spiritual,” Zebley said. “It so much for me encompasses all of humanity and through this music and my relationship to my peers, the past and the recordings I’ve grown so much as a human being. It’s really stretched my notions of myself and what’s possible for me as a person not only musically but culturally.”

Zebley began playing the alto saxophone in grade school, and quickly knew this would be his passion for life. He attended the esteemed Berklee School of Music, which he says was a wonderful experience. It exposed him to the different sub-cultures in the music world and it was there that he learned to play several other instruments.

He also received a doctoral degree in musical arts at the University of Southern California.

Zebley has not only had success in the academic world as professor, but as a professional musician as well. Since the late 90’s he has been a member of the Brian Setzer Orchestra which culminated in his receiving the 2001 Grammy Award for Best Instrumental for his work on the song “Caravan.”

He began teaching students of all ages and levels in the 90s and believes that his students will be held to a rigorous standard and challenged to think in new ways, but he also wants it to be fun as well. Michael Beveridge, a DVC student in the jazz music program, explained his enthusiasm for Zebley.”As a student who’s been here for a number of years, I can say that he’s someone that the program has desperately needed for a long time now,” Beveridge said.DVC student, Miles Preclaro, feels that Zebley is “a little more practical minded than most jazz teachers, because usually it’s more about the music than getting gigs, but with him getting gigs is important too.”Zebley’s practical mind and long standing presence in the jazz community is making him a new force within the DVC music department.