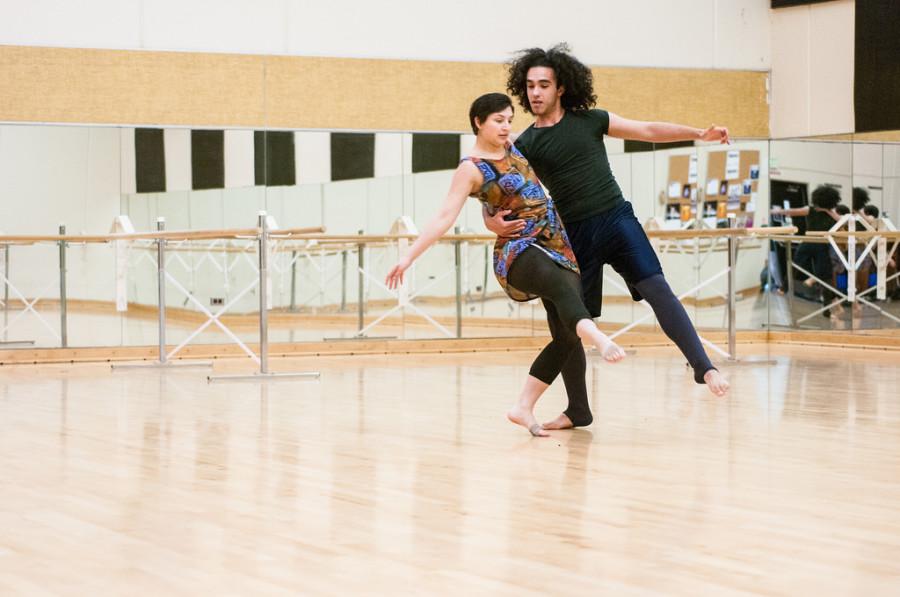 More than 16 dances will be performed, including solos, duets, trios and more. All pieces are original student works featuring original concepts.

Katarina Klass, a 22-year-old DVC student, will be presenting her own work in the show.

“I’m currently choreographing one dance that has no music in it, which is very challenging for me right now,” she said. “We’re using a lot of percussive body movements, experimenting with that and also using sign language and hand shapes in the dance.”

Klass went on to say that she plans on having her own deaf dance company in the future, hoping to start programs that fuse sign language and dance together.

The choreographers, dancers and DVC dance instructor Kimberly Valmore have been working on this production since the very start of the semester.

The process, as explained by Valmore, is very similar to that of a professional dance company. Students who wished to have their work featured in the show had to present a proposal introducing their idea along with a storyline to back it up. Once a proposal is accepted, students had to begin the audition process for casting their piece and start choreographing almost immediately.

Zack Ramicone, 20, has been dancing at DVC for three years now.

“I’m really excited to be a part of a production that’s putting so much out there and giving people a lot to think about,” he said. “[We’re] presenting a lot of variety onstage and kind of setting a good example for future students and current students as to what junior college life can be.”

Ramicone, along with Klass, went on to say how promotion for the show has been both difficult and frustrating, citing the lack of advertisement for the production on the DVC website and overall, lack of support for the dance department within the art community.

Sharing similar sentiments to her students, Valmore spoke on how hard she and her students have been working to put together this production and how she hopes people will come to show their support for the department.

“Most dance companies take six months to do a piece of full evening work, we’re doing this in less than four, so it’s a huge undertaking,” she said. “The students take it very seriously. They work exhausted, under a compressed amount of time to put on a two hour show.”

Valmore continued to express why the community should care about her students’ work.

“I would love for the DVC community and the community at large to be here because this is original art and these students are pursuing higher education with an art emphasis basis and this evolution is something they need to see.”

“Stories Unraveled” will be in the Performing Arts Center from May 2-3 at 8 p.m., with an additional performance on May 4 at 2 p.m. Tickets can be bought in advance online at the DVC website or at the box office on the day of the show.