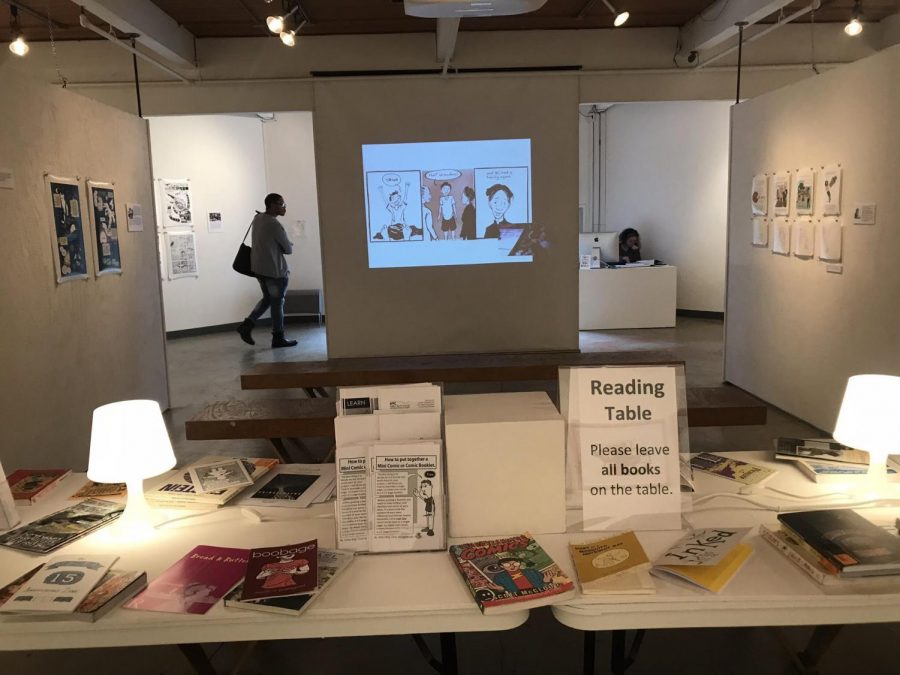 “This is a show about everyday superheroes,” said professor Arthur King about “In Real Life–A Comic Arts Show,” which is now open to view at the DVC Art Gallery.

Curated by a team of DVC professors, the show “Honors Truth-Telling, Non-Fiction Comics” put on by a multitude of Bay Area artists include several DVC alumni.

Drawing upon both personal and political subject matters, the gallery show opens the world of comics to illustrate the ways they can, in the words of professor Adam Bessie, act as a “gateway to thinking about new issues in new perspectives.”

Thanks to the work of Bessie and King, stereotypical comic content are all but forgotten as you walk through the gallery’s doors.

Instead, from Professor King’s perspective, the show seeks to “encourage new understanding” of comic arts and demonstrates the medium’s power to express and tell stories.

“Comics that make me think and appreciate the world, I like the best,” said Erika Back, a humanities major and returning student who has worked with King for the past five years.

Others like Andrew Jenkins, a 20-year-old fine arts major stopped by as, “an artist…trying to find inspiration.”

Regardless of your viewing motivation, it’s clear that Bessie and King, who have long bridged the divide between the art and English departments by their work with DVC’s James O’Keefe Comic Contest, have delivered another comic smash.

“We were trying to survey the current landscape across gender and background,” said King, and added that “got a nice-dream team.”

Coming up, the show will feature various programming, including the reception on Feb. 7 from 11:30 a.m.-12:30 p.m., and Urban Sketcher events throughout the month of February.

Editor’s Note: This story was edited to reflect the source of an included quote.