Aisha Fukushima spreads the word about RAPtivism on campus 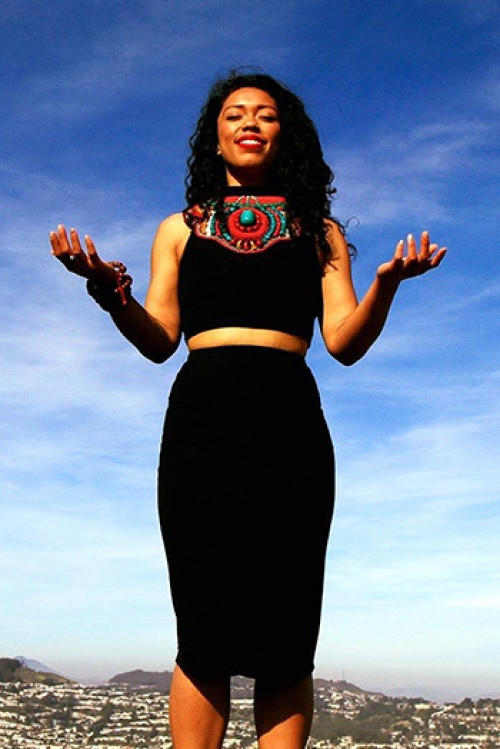 An international hip-hop project and movement founded by RAPtivist Aisha Fukushima came to the Pleasant Hill campus on Wednesday, Feb.20. Through a new wave of influence, Fukushima provided a dialogue about identity, freedom, justice and the universal power of music.

She visited the campus as a guest speaker, contributing to DVC’s Equity speaker series that aims to, “provide safe space to identify, discuss and create solutions towards the academic and social challenges our disenfranchised low-income and communities of color face in order to gain access to equitable education and economic resources,” according to DVC’s website. Fukushima’s appearance was also apart of the Black History Month activities in February that is co-sponsored by Umoja, the DVC library and student services.

“Hip-Hop has traveled from the states to all the way back and that’s a boomerang effect,” Fukushima stated. “Hip-Hop has global resonance.”

Her performance and movement expressed hip-hop’s robust platform for activism of freedom and justice.

“I’d like to quote an individual MC by the name of ‘The Narcissist”, he says that Hip-Hop stands for: Highly Intellectual People Hovering Over Politics, with the dash being the bridge we walk across,” said Fukushima with palpable energy to the audience.

The young professional activist discussed the provocative nature of growing up multi-racial. As someone who was born African American and Japanese, societal pressures forced her to choose between the two―requiring a check within a metaphorical box to conform with social standards.

“Don’t let people put you in a box based off stereotypes,” said Fukushima. “That box doesn’t exist.”

Fukushima’s presence drew a significant amount of attention from the student body when a sort of dialogue between her and the audience began to vibe. Not only was the theater packed with students and faculty, but her presentation was live streamed to other classes on campus.

During her presentation, Fukushima combined elements of hip hop into her message and performed original melodies on stage. Before one of her pieces that focused on grief, she asked the audience to think of a loved one they have lost and feel their spiritual presence in the room. She instructed the audience to take three deep breaths before they were told to say the name of the individual out-loud. The crowd was filled with murmurs of names as pure emotion washed across the audience while Fukushima continued to perform―some people bore tears.

All eyes then drew to her performance on stage―as she sang to instrumentals and danced with rhythmic flair. Fukushima even invited audience members to assist her in making a song from scratch, by defining freedom in one word, to be mixed into melody. At the end of her presentation, she encouraged those watching to dance with her, and some audience members proceeded to do just that.

Fukushima believes that the audience’s devotion had more to do with them than her own performances. She explained how students at DVC understand activism by their passion in striving for equality.

“There are a lot of powerful changemakers on campus who have what it takes to make a difference,” said Fukushima.