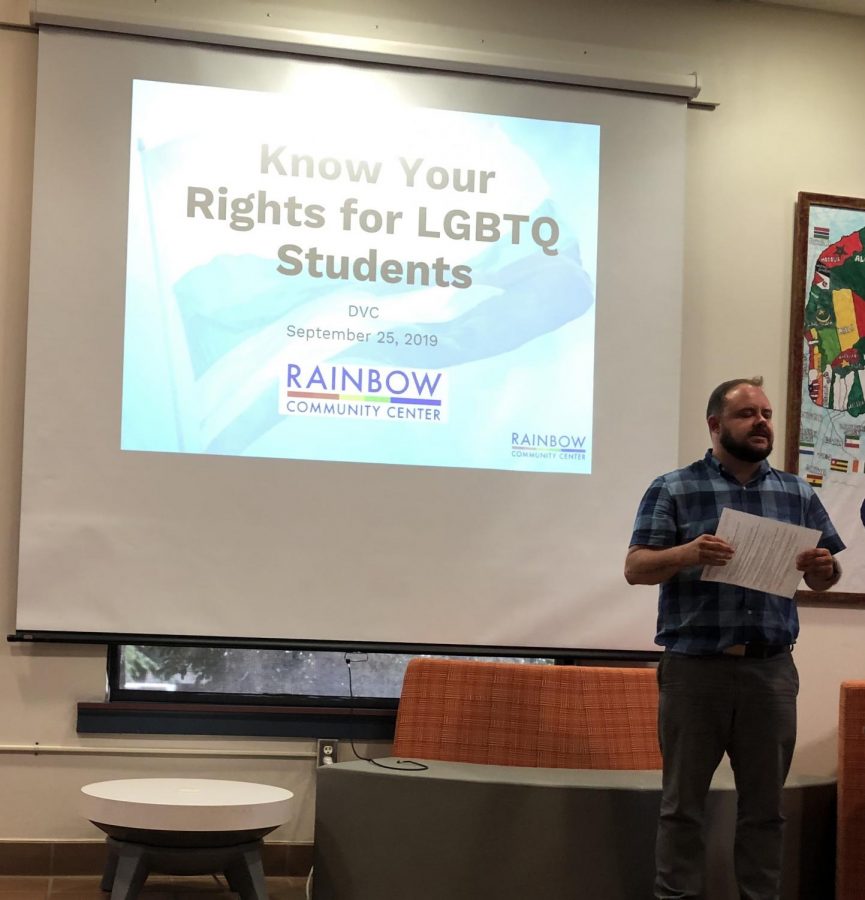 Lesbian, Gay, Bisexual, Transgender, and Queer students talked about their rights on Sept 25. Kelsey Pacha, a representative for Concord based nonprofit Rainbow Community Center, spoke about laws that protect the LGBTQ+ community.

“A lot of times, students and young people in general are made to feel like they don’t have power,” Pacha said. “I want students to know their rights.”

The event was held in the Multicultural Center. Even though not all students who attended were of the LGBTQ+ community, everyone had the opportunity to have their opinions heard.

Ayon Carter, a DVC student, learned a lot at the event on how to respect the rights of LGBTQ+ students.

Pacha educated students on Title IX obligations, students’ access to facilities, name and gender change, laws about curriculum and anti-bullying. The event started with an activity to determine what was a law, and what wasn’t.

Title IX prohibits sex discrimination in educational institutions that receive federal funding, which is the vast majority of schools, according to Know Your IX.

AB 1732 states that all single occupancy restrooms in businesses, government buildings, and public places should be available to everyone, regardless of gender.

Seth’s Law specifies that school employees who witness discrimination, harassment, intimidation or bullying are required to take immediate steps to intervene when it’s safe to do so.

“I like to do these sessions because I want folks to know what their rights are, and for them to feel supported by others in their community,” said Pacha.

The Rainbow Community Center holds similar events every month. The next event will take place on Oct. 22.