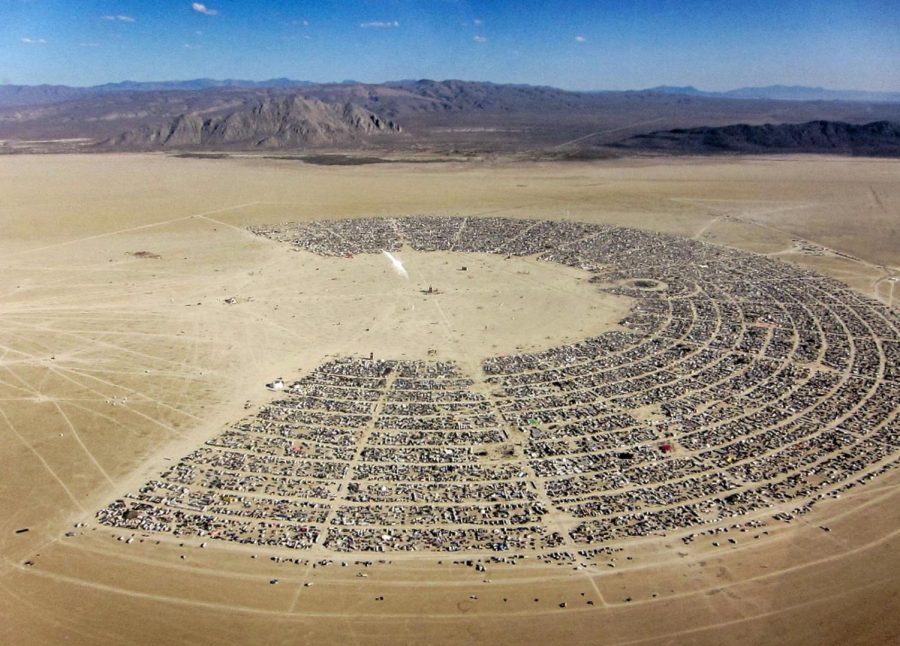 Linda Noveroske, a part-time art history professor at Diablo Valley College, will publish a rather unconventional book next year: a discussion of Burning Man’s 10 principles from an academic perspective.

What started as a “radical self-expression” movement on San Francisco’s Baker Beach in 1986, Burning Man has since grown into an iconic, one-of-a-kind festival held annually in Black Rock City, Nevada. The event famously unites art, technology, nature and community, and for some has become synonymous with drugs and anarchy.

Noveroske is quick to admit this perception. But her book – due out with Routledge in 2020, and as yet unnamed – tackles Burning Man’s 10 Principles from an overtly political angle. According to Noveroske, the festival isn’t about drugs and anarchy, but rather its foundational principles such as Gifting, Participation and Civic Responsibility.

“I like to think of them as guidelines rather than mandatory ideology,” said Noveroske, who spent years analyzing Burning Man’s principles for her PhD dissertation.

“Many (Burning Man) encounters couldn’t have taken place without this very specific kind of space being held for these encounters.”

An avid Burner since 2000, Noveroske said she has seen many examples of the festival’s principles in action. For example, her camp, Camp Frosty, offers free snow cones. The act of gift-giving, said Noveroske, illustrates what she calls Gifting and Decommodification because the snow cones are distributed without any expectation of return or exchange.

“For a while, someone built a giant geodesic dome and filled it with shredded foam so you could swing 30 feet into this pit of foam,” said Noveroske. “It was amazing. My kids loved it.”

The Communal Effort in the creation of the dome highlights Burning Man’s value of creative cooperation, she added. Meanwhile, the joy Noveroske’s children experienced when interacting with the dome is an example of what she describes as Participation.

“Burning Man medical aid is nothing like going into a hospital where you feel like a number and they want nothing more than to have you not show up,” said Noveroske.

Noveroske chose to turn her dissertation into a book because of the growing relevance of Burning Man’s principles in larger segments of today’s population. Life in Black Rock City is unconventional – there is no money involved – but there is lasting value in its principles.

“Burning Man is a space where you’re free from ideology for a while and you just create the world each day,” she said.