‘My city has saved more than it has killed’: Daniel Summerhill reads during DVC literature week 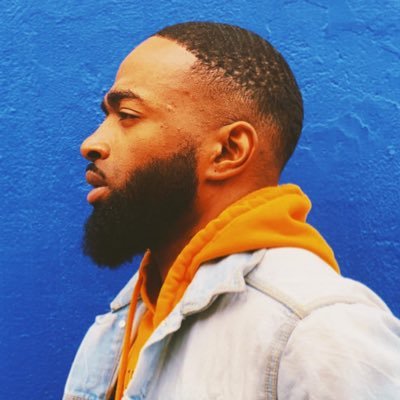 Daniel Summerhill is a poet from Oakland who also teaches poetry and social action and composition at Cal State Monterey. (Photo courtesy of @bennysummerhill)

Bay Area poet and open mic performer Daniel Summerhill captivated his audience at the Diablo Valley College’s Literature week event with readings and performances that featured odes to the city of Oakland and discussed police brutality.

On Nov. 6 in the Diablo Room, it was a part of the eighth annual literature week organized by the college’s English department. The three–day event aimed to celebrate the written word and to provide a platform for students and faculty writers to share their work.

The event opened with a charged performance by Summerhill.

“Nothing green around here,” he said, reciting his poem “Grid: Ode to Oakland” which captures the economic and social neglect that the city inhabitants endure. “These blocks breed a different kind of prisoner. All that’s left when the smoke clears is pavement and bodies.”

However, in a subsequent poem titled “City Boy,” Summerhill expressed his pride for Oakland which he described as “the ugliest city of gorgeous people.”

“My city has saved more than it has killed,” he said.

Furthermore, Summerhill tackled police brutality in his poem “The Day After Fruitvale” which chronicled the protests that followed the murder of Oscar Grant, the African American man killed by a BART police officer in 2009.

“Because our protest is often mistaken for riot and not peaceful, my people’s eyes tend to tear. Gas fills our blocks and because Oscar laid in his own blood my people lay in front of cars on Interstate 880,” he said.

His work and their socio-political subject matters resonated with students and faculty that were in attendance. Creative writing major Olivia Dellaria praised him for the critical themes in his poems.

“Some people don’t want to confront the times, they want to live in their bubbles,” she said. “It is definitely necessary to talk about these things to create community, heal and change that.”

Summerhill equally defended the political undertones of his work, citing an interview by Nina Simone in which she stated that “the duty of an artist is to reflect the times.”

He said it was “almost impossible” not to talk about “the injustices because those are the things that ultimately create change.”