Born During the Coronavirus Pandemic of 2020 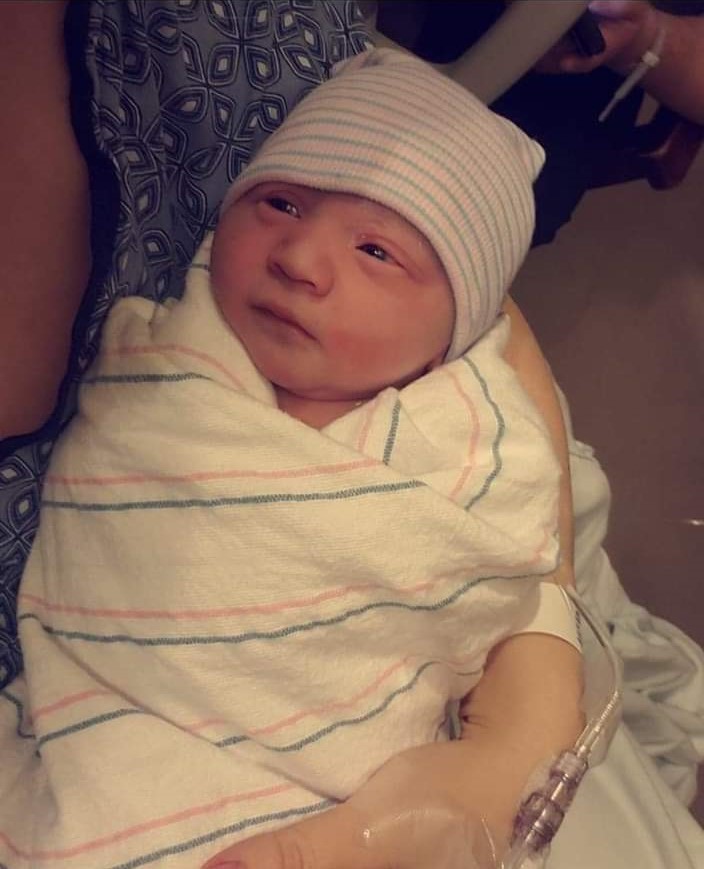 My name is Emily Grace Garcia and I was born on March 17, 2020, at 9:45 p.m. at Abrazo West Campus Medical Center in Phoenix, Arizona. I weighed 6 pounds 10 ounces and not only was I born on St. Patrick’s Day but also during a worldwide Coronavirus pandemic known as COVID-19.

A week before I was born, my parents, Alexis and Osbaldo, thought it was time to begin stocking up on certain items for my pending arrival. With me on the way and my one- year-old brother Leo and four-year-old sister Lily in the picture, our parents felt that avoiding frequent trips to stores was the smart thing to do. However, something else strange was going on:  Stores were really low on basic products, if not entirely, that a baby like me needs, including toilet paper, bottled water, diapers and baby wipes.

As my parents paid more attention to the news, they soon realized the Coronavirus wasn’t a regular flu. Something more serious was happening and it was worldwide: a new strain of virus with no known cure affecting almost every country in the world by the time I was born.

Two days before, my mom spoke with Grandpa Jesse in California and told him about the stores being out of diapers and baby wipes in Phoenix. Immediately, he and his wife Jessica ran out to try to find these items. They bought two cases of diapers to begin, but it took them a total of eight stores, two days and two cities to find three  packs of baby wipes. Online ordering was impossible because companies like Amazon were estimating that products would not be available until April 19, a full month after my birth! So my grandparents posted this story on Facebook and one of their friends in California managed to ship baby wipes to us as well.

When my mom finally arrived at the hospital, an employee stood at the front entrance spraying everyone down with an industrial liquid. There were no questions asked as to why people were coming to the hospital: like everyone else, Mom got sprayed and disinfected. The corridors and waiting areas were packed wall to wall with people, some wearing masks and gloves, others without.

My mom was unable to receive an epidural injection for pain during my delivery because she was already eight centimeters dilated. She was in so much pain that she didn’t care at that point if the medical staff were properly protected with masks and gloves or not. When she later told the story, she remembered that the majority of them were not wearing masks or gloves, because it turned out that due to the virus crisis, hospitals around the country, including in Arizona, were short on protective gear.

So what exactly was happening around the time of my birth?  The whole thing started in December 2019 in Wuhan City, China, where an outbreak of a novel virus – one that no human had ever been exposed to – was traced to an outdoor market. By the time the news broke worldwide, thousands were infected and hundreds had died. In the next months it spread to most countries, infecting hundreds of thousands and killing tens of thousands.

Italy was one of the first countries to completely shut down in an effort to slow the spread of the virus. Its citizens were told not to leave their homes, businesses shut down, flights in and out of the country were suspended and deaths up to 790 a day were being reported around the time of my birth. The virus had almost wiped out Italy’s senior population, which was the one most affected due to lack of ventilators and other crucial medical supplies.

Other countries soon began to shut down as well – including the United States – suspending conventions, sports games, entertainment, travel and public gatherings. All schools including colleges and universities shut down their campuses and went to online teaching only.  Citizens were told to work from home if possible. As the world seemed unable to gain ground on the virus, panic began to take over.

Soon, public officials, politicians, professional athletes and famous actors and actresses began to test positive for the virus. Self quarantines became the norm. People were ordered to stay home and to only go out for vital shopping like groceries and pharmacies through April 17. In California, bars, wineries, restaurants and nightclubs were shut down; only restaurants providing take-out food remained open. Tens of thousands of people lost their jobs, especially those working in the food industry, like my dad, Osbaldo, a cook at a country club, who got laid off the day I was born.

They said the only way to slow the virus down was through “social distancing,” which meant staying at least six feet away from one another in public. Medical professionals advised that it was even better for people not to leave their homes at all as studies showed the virus may also be able to survive in the air. While the U.S. president promised that millions of masks were being manufactured and ordered, many citizens asked how that could be? Almost all goods in America were manufactured and produced in other countries and the world was basically shut down.

“The world is at war with a virus,” said United Nations Secretary-General Antonio Guterres, who warned that “a global recession perhaps of record dimensions is a near certainty.” As you can imagine, all this talk sounds pretty scary, especially to a three-day-old.  The adults in my life all say they have never experienced anything like this before, recovery will be long-term, and the damage is catastrophic. Well, I’m happy to be in the world with my siblings, mom, dad and extended family, but I am very sad at the world’s suffering right now, especially since no one can possibly predict when it can make a full recovery, or if that will even be possible.