From State Prison to Stanford: How Scholars for Justice Helped One Formerly Incarcerated Student Overcome the Odds 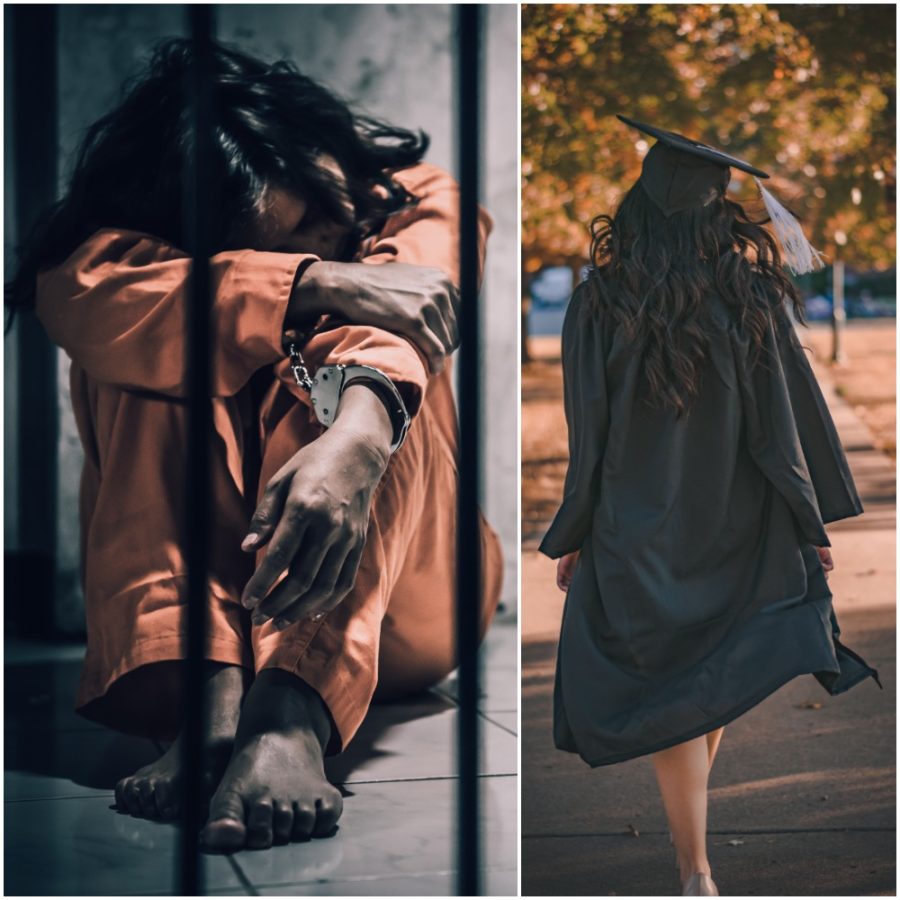 Monica Hicks learned recently that she had been accepted to the Massachusetts Institute of Technology, the University of California, Berkeley, and Stanford University – the last of which offered her a full ride scholarship – to pursue a computer science major in the fall. The news in itself would ordinarily be considered an outstanding achievement for most students at Diablo Valley College.

It’s even more extraordinary given the fact that Hicks is a former inmate of the California state prison system.

How she went from imprisonment to earning a spot at the nation’s most elite academic institutions is an unlikely story – and one that has lessons for other formerly incarcerated students who are now working their way through DVC.

For Hicks, it all started with her abuse of alcohol after her parents divorced when she was 12. By 17, she had procured a fake ID. “I would bar drink five nights a week, running around Martinez and Antioch,” she said.

Hicks’s increasing use of alcohol and drugs led to her first arrest at 21, followed by subsequent jailings. She eventually moved in with a boyfriend who dealt drugs, accelerating her downward spiral. Hicks was arrested 14 times in under a year before she landed in prison at the age of 23.

“I was just a girl that couldn’t stop doing drugs,” she said. “I had leaned into the lifestyle, but my addiction was a health issue, not a crime.”

Throughout repeated episodes in jail, Hicks developed ties with seasoned criminals. By that point, her situation looked all but hopeless. Hicks reasoned, “If the world was going to treat me like a criminal, I decided I was going to act like a criminal.”

During that period, she became friends with Daniel Nebout, a fellow drug addict and criminal. Hicks had assumed Nebout would never make it out alive, and she was sure he felt the same about her.

Hicks finally managed to turn things around. She left drugs and crime behind her, and enrolled at DVC in 2018. Shortly after, she was shocked to see Nebout walking across the Pleasant Hill campus. “I never thought he would survive, much less attend college,” Hicks said.

Nebout was not only enrolled in classes but had become a founding member of Scholars for Justice, a group created that year by formerly incarcerated students seeking to rebuild their futures through education. When Nebout encouraged Hicks to join the club, she jumped at the chance.

“I couldn’t believe there were other students like me attending DVC,” she said. “As president of the club, Nebout was an engaging, motivated, hands-on leader that helped every member, and because of him, the program changed my life.”

Nebout set an inspiring example by demonstrating perseverance, dedication and generosity as he helped former inmates reach for a second chance, she added. Nebout had planned to transfer to San Francisco State University in the fall of 2020. Tragically, he drowned while swimming at Ocean Beach in San Francisco a few months prior to his scheduled move to college.

It was a setback for Hicks, who nevertheless persisted. No one had expected her to achieve academic success, but once she found her place studying computer science at DVC, she never looked back.

“I am really open about my background because I want people to relate, even if it’s shameful or embarrassing,” she said. In the process, Hicks has helped transform what many believed impossible for formerly incarcerated students.

Now, reflecting on her prison-to-school trajectory, people can say, “Wow, that is something I would never have the courage to say out loud, but here is someone saying it openly,” Hicks explained, “and look where I am today.”

Prior to the Covid-19 pandemic, Hicks attended weekly tabling events organized by Scholars for Justice. One of the group projects she found most meaningful involved writing letters to inmates to tell them there was hope after prison. “We wanted to inspire them and let them know that we were out, and ‘look at what we’re doing,’” she said.

Once the virus hit, Hicks and others stopped attending in-person meetings, which could have had disastrous effects as more people at DVC began to slip through the cracks. But according to Taylor Stewart, a longtime friend of Nebout’s who became the president of Scholars for Justice after his death, membership in the group actually grew during the pandemic.

“People really needed the support. They were isolated and zoomed out,” Stewart said. Scholars for Justice serves as a vital support network offering many services, she added. The most important is the group’s weekly check-in to make sure that everyone has a voice to express their needs.

Hicks also credits DVC English professor Christian Morgan and adult education transition specialist Nicole Gomes for playing pivotal, supportive roles that helped get her life back on track. Both Morgan and Gomes made themselves readily available, attending meetings and offering support to every member in the club, Hicks said.

In her position helping adults transition into educational and career paths, Gomes formerly worked with roughly 125 formerly incarcerated students at DVC. After the coronavirus hit, those numbers dropped dramatically to about 40 students this spring.

For Hicks especially, Gomes was a life saver. “Nicole Gomes would constantly reach out and keep me informed about scholarships and other opportunities,” Hicks said. As a result, Hicks ended up accumulating $37,000 in scholarship funds.

It was a big jump, considering she was only making eight cents an hour, with four cents being garnished for restitution, at the Central California Women’s Facility in Chowchilla, located outside Merced. The disparity between her economic prospects today and what she experienced in her early twenties is stark, but Hicks said she learned important life lessons along the way.

“When you work in the prison kitchen, with someone covered in face tattoos, serving a life sentence, you can’t slack off,” she said. “They demand hard work and I gave it, and I developed a strong work ethic in the process.”

There were times, Hicks said, when she needed to reach for extra support so she wouldn’t remain stuck behind bars. “I was doing well in prison and I knew I didn’t want to go back to my old life. I asked my mother to send me AA books and literature on sobriety,” she added. Still, her fellow inmates would encourage her to drink, saying, “Monica! When will you ever get the chance to drink with this many killers again?”

At one point, Hicks shared a cell with eight women, six of whom were serving life sentences for multiple murders and other crimes. “It can be scary living with ‘lifers’ because they have no hope. Nothing matters to them on the inside,” Hicks said, adding that “it was a sobering moment when I was told, ‘You were just like me right before I received my life sentence.’”

How Hicks landed on computer science was pure serendipity. It happened one day in prison when she read the San Quentin News, a publication written by inmates and circulated throughout the penitentiary system, when an article caught her attention. The story mentioned Code 7370, which was identical to her prison number, WS #7370, so she continued reading until she came across the line: “If you can code, nothing else matters. It is a field totally based on meritocracy.”

Suddenly, Hicks saw that learning to code could be her ticket out.

After her release from prison, she made a mental shift in her thinking. “I always hated my probation officers, but at this point I decided to look at [my officer] as an ally,” she recalled. “I told her I needed help and that I didn’t want to go back to the way I was, and ‘can you help me?’”

Hicks eventually found the help she needed. Three years later, with the encouragement of Nicole Gomes, she is scheduled to be one of the featured speakers at DVC’s virtual graduation ceremony being held on May 21 at 5pm.

Hicks, who plans to attend Stanford in the fall, said that “being able to turn to the right person in the right moment” made all the difference in helping her find her path forward. She offered parting words of advice to people who, like her, have struggled through adversity.

“People may disqualify and reject you,” she said, “but don’t you dare reject yourself.”

* Correction: The article has been modified to reflect the correct prison where Hicks was housed.