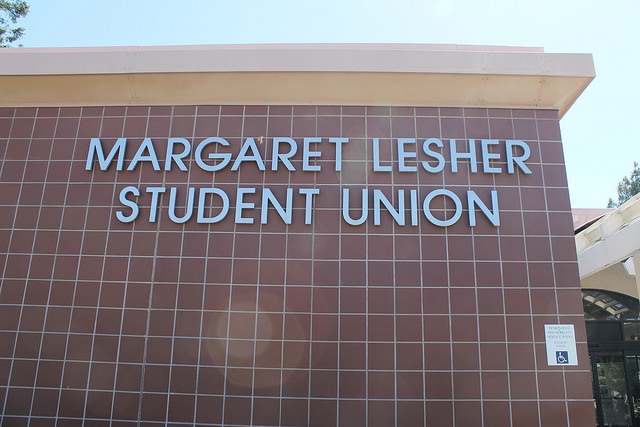 Bribery and voter fraud has plagued the Associated Students of DVC electoral process, echoing in accusations made minutes before the debate during the candidate’s forum on Monday, Oct. 8.

Bribing Diablo Valley College students last spring was conducted by multiple coalitions, including the Advocates of Student Voices coalition, who have one of their members running for president this fall. Shiyuan Zhang, also known as Isaac, decided his coalition would not participate in the candidates’ forum, as they isolated themselves from the event to continue handing out flyers and sushi.

Before the forum, Sharita Snagg, running for president as well, was one of the candidates who had voiced the accusations against her opponent. Claiming Zhang’s current coalition had been tearing down their campaign posters. When Zhang was asked about the allegations, he refused to comment.

In the wake of the financial violations last spring semester, the focus of the debate was on monetary concerns. During the debate, one of Zhang’s friends and associates made it clear when asked how he would prioritize the ASDVC budget that, “there’s no priority, we’ll give the money to whoever,” said economics major Yifan Zhang, one of the candidates running for controller.

In opposition to Yifan Zhang, running candidate John Michaelson answered, “(we need) to make sure the money is going to the students instead of going to unnecessary costs.” Financial management within ASDVC has been expressed by Michaelson on numerous occasions throughout his campaign.

When asked how he would distribute the money equitably, Michaelson’s opponent Yifan Zhang articulated his strategy, saying, “every year there’s $500,000 budget, I think what I’m going to do as controller is to first increase the budget.” Part of where the budget comes from is student activity fees, paid by any returning students. An increase in budget could mean an increase in the fee.

“There’s been a long history with this committee of having people who come from a business mindset and a fiscal mindset where the concern is with conserving money. And that’s really not the job of this position,” said Michaelson after Yifan Zhang’s comments.

The Forum was run by Yuvia Mendoza, chair of the elections committee and temporary president, despite admitting to having a “conflict of interest on a technical level,” referring to her romantic relationship with Yifan Zhang.

During the debate, Mendoza had to reiterate the questions for Yifan Zhang who was unsure at first as to what the questions entailed. The assistance was only offered to Yifan Zhang when a reporter asked to specify what exactly the benefits of giving money to any student run organizations would be. After answering the question by explaining his extracurricular activities, Yifan Zhang closed with, “I know how hard it is to request funds for my clubs. That’s why I feel like I can do my job well.”

Yifan Zhang was seen near the poll stations by the cafeteria holding flyers and hurrying to cross the blue tape which identifies where candidates cannot campaign. On the DVC website, it states that there can be, “no campaigning within 50 feet of the poll stations.” He was asking students if they had voted, standing on the fine blue tape that separated him from a violation.

Timotius Vincent, who’s also running for president, mentioned violations this semester that are, “about this line right here,” as he pointed to the blue tape. Michaelson has also said he’s heard of, “people taking down other people’s posters and possibly some sort of bribery going on.”

The concerns lie more with no official documentation of complaints regarding these issues being sent into the elections committee. The polls close at 1:30 p.m. and at 2:45 p.m on Wednesday, which will be the final time for any such complaints to come forward.

“Make sure you guys vote, like, it doesn’t matter who you vote for just vote,” said Yifan Zhang in his closing statement.