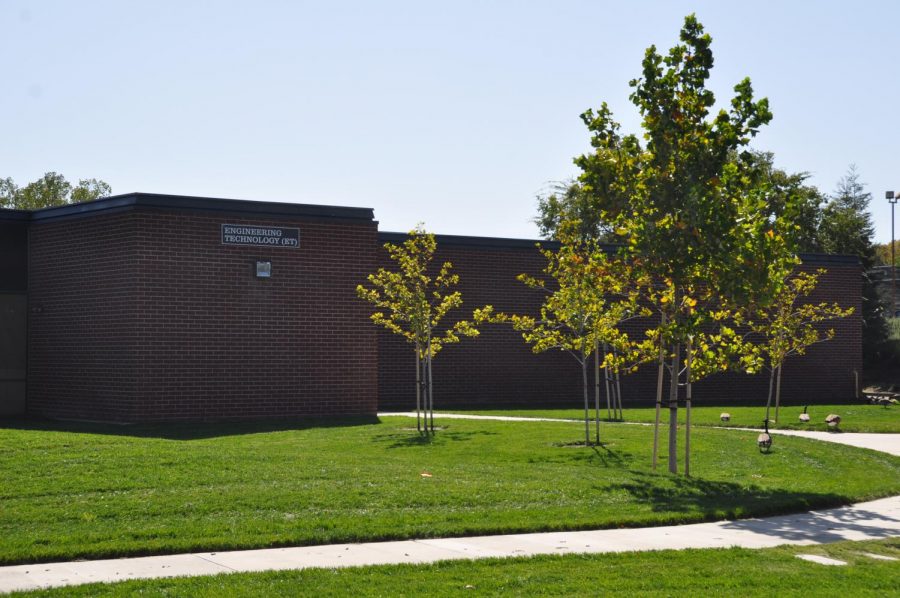 The graffiti was found in the Engineering Technology building on the Pleasant Hill campus on March 6. (The Inquirer file photo).

Graffiti containing racial slurs about African Americans tradesmen was discovered in two men’s restrooms in the Engineering Technology building at 3:30 p.m. on March 6.

President Susan Lamb sent out an email to faculty after 9 p.m. with details on the vandalism that was spotted on the Pleasant Hill campus. According to the message sent out by Lamb, Police Services was notified of the incident and the messages have been removed.

“I have no tolerance for any behavior that seeks to destroy these values. Moving forward, we will be working with professional development to create additional resources to facilitate instructors engaging students in discussions that address racism and expand on the value and necessity of a diverse workforce,” wrote Lamb. “I know that many of you (faculty) are already engaging in these discussions within your classrooms, and I am hopeful that you will help facilitate this process.”

Lamb also noted that counselors have been made aware of the situation in order to support students “impacted by the situation” as stated in the email.

This is not the first instance in which racist messages have been spotted on the Pleasant Hill campus at Diablo Valley College. In 2016, white nationalist fliers were posted around campus containing neo-Nazi propaganda. DVC also had another encounter with threatening vandalism towards the end of the Fall 2018 semester two months ago.

The situation is currently still under investigation by Police Services.