President Lamb advocates for more conversation in time of hate 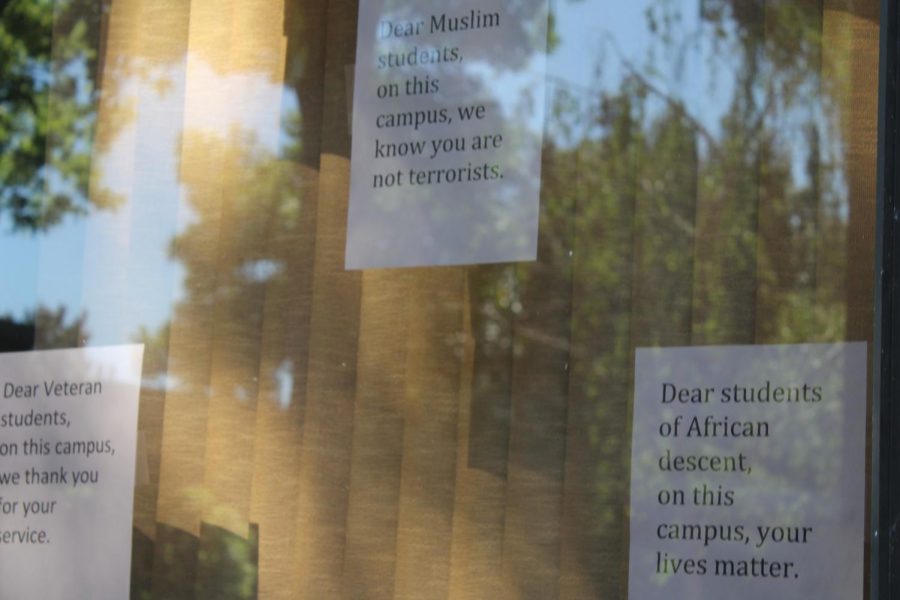 Susan Lamb discussed the idea of posting messages of affirmation around campus, similar to the messages printed outside faculty offices. (Inquirer stock photo).

After three occurrences of racist graffiti at Diablo Valley College, President Susan Lamb collects her thoughts on how it has affected the community. Since March, race has been a heavy hand topic at DVC.

“I was very dismayed and concerned that we continue to have an individual or individuals that posting such hateful messages,” said Lamb.

She mentioned looking at the character of the individual vandalizing, to continue having these conversations in spite of a hateful mindset. Lamb states that these situations have been an isolated incident.

“I think we have an individual or a couple of individuals….that are feeling disenfranchised and are blaming their own situation on others,” said Lamb “But I also recognize that all it takes is one person and one minute to write something on a bathroom stall.”

Lamb believes the DVC community can reduce these occurrences, or even eliminate them by continuing to have conversations and to emphasize that “the world is changing.”

She has observed that these issues occur nearby midterms or finals week, believing the vandalism is the result of an individual attempting to distract. Yet Lamb acknowledges the work of the racial justice task force and its importance.

“We’re moving this work forward. This doesn’t impact our work,” she said. “It just confirms that we need to continue and the conversation needs to move forward.”

DVC is planning to put up signs of affirmation to combat the hateful messages in hopes that it will create a safer environment. Lamb also alluded that these conversations will continue well into the Fall semester as well.

Some believe that DVC has a racism issue, but Lamb states she believes race is a national problem. At DVC, she thinks that communication on race is lacking.

“We have difficulty talking about race on this campus. We don’t have environments necessarily where everyone feels seen, respected, and valued. I think that is something that we need to address.” said Lamb.

In regards to disruption when talking about race, Lamb states that some situations are taken out of context or unintentional. This occurs due to an ill-awareness of how to be more inclusive and how to communicate with students in a proactive way according to Lamb.

Overall, she hopes to form a more inclusive environment for DVC by not only continuing to talk about race, but to make sure every part of campus is welcoming to all students.