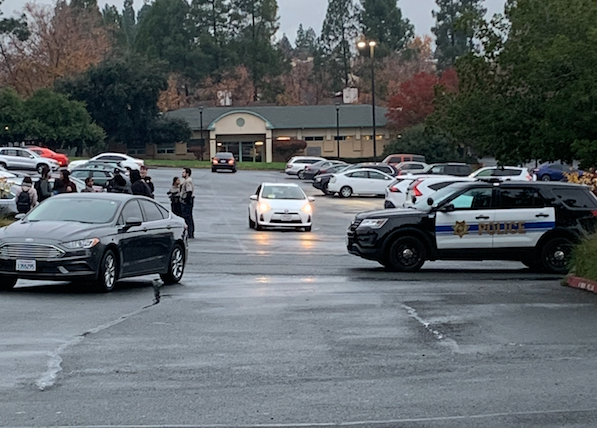 An intoxicated man caused an “ongoing traffic accident” on Wednesday afternoon at Diablo Valley College, ramming into multiple vehicles in parking lot 8 on Wednesday, Dec. 4, according to Lieutenant Ryan Huddleston.

The individual, whose name police withheld, was rushed to the hospital and later taken to a Contra Costa County jail for drunk driving.

“None of the vehicles were occupied, (but) the suspect did sustain a small cut on his head due to the collisions that were taking place,” said Huddleston.

Jackson Matley, a DVC student, witnessed the event. While he was driving into the parking lot, Matley saw a police officer pull around him with lights flashing.

“There was a bunch of smoke. I (saw) this truck swerving around, driving back and forth, slamming into a bunch of cars parked there,” said Matley.

According to Matley, the police had to detain the individual by means of force.

“They threw him onto the asphalt,” he said.

Police contacted the owners of all of the vehicles that were hit. The suspect’s vehicle was towed away by DVC’s Police Services Agency.