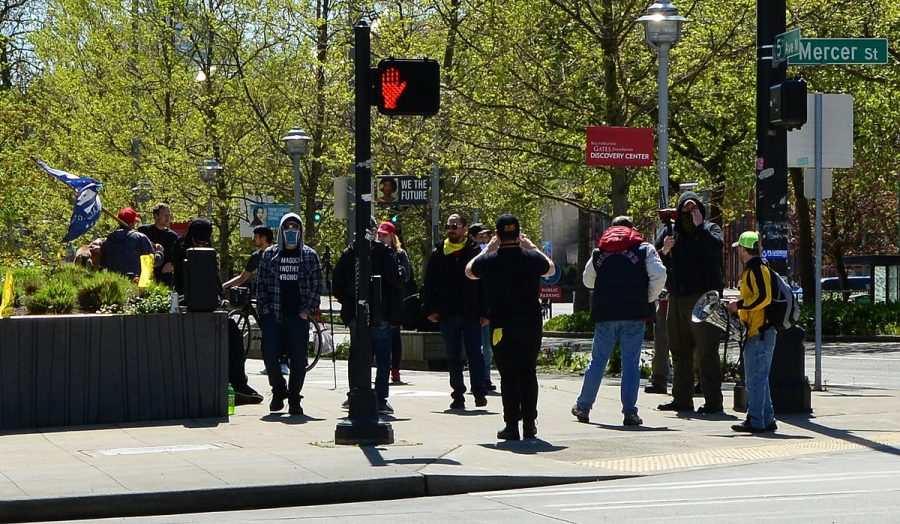 After many weeks living under shelter-in-place orders to contain the spread of Covid-19, some California residents appear more ready than others to return to their normal lives – and they made it known through a protest staged Monday, April 20, at the steps of the state capitol.

The protesters, according to a report by The Mercury News, gathered largely without masks and stood huddled tightly together while carrying signs calling for Gov. Gavin Newsom to “End the Lockdown!” and “Stop the Tyranny!”

“People need to get back to work, get back to life, get back in contact with their loved ones who they’re isolated from,” Tara Thorton, one of the protesters, told the Sacramento Bee. “They need to be able to have a paycheck.”

The Sacramento protest was just one of many that have taken place in California, with similar rallies held in San Diego and Huntington Beach. Nationwide, demonstrations in recent weeks from Michigan and Ohio to Colorado and Tennessee have presented mounting demands to their governors to end shelter-in-place orders and reopen the economy – despite the fact that testing for the Coronavirus has not yet been widely made available.

In response to the protests, Newsom explained that while he “deeply understands people’s anxieties,” the state must adopt a “health-first focus if we’re ultimately going to come back economically.”

Many Bay Area residents share the governor’s health-first approach, condemning the protesters’ actions as unwise at a time when California is clearly succeeding at flattening the curve of infection rates.

“I understand that people don’t like being inside their home all the time, I also am very frustrated and annoyed by it,” said Hazelin Hernandez, a student at Paris Beauty College in Concord, “but honestly I do think it’s way too soon for any city, state, country, whatever to end quarantine. The virus is nowhere near under control to have everyone go out freely.”

Other local residents voiced concerns that the protests could backfire in the form of increased positive tests, which would increase the workload for medical workers on the front lines.

“Those who are protesting are idiots,”  said Ana Perez, a student at Diablo Valley College. “Yes, the pandemic can affect you financially, but would you rather have loved ones dying because you weren’t cautious enough? So many medical personnel are putting their lives on the line to help those in need,” she added, “The least you can do is stay home!”

Bay Area resident Anthony Clark said he was surprised to learn about the nationwide demonstrations against shelter-in-place orders – specifically the fact that people were calling them a violation of their civil liberties, giving a whole new meaning to the idea of freedom in America.

“While I am a fan and advocate of practicing your right to protest, the idea of this particular protest just feels sour,” Clark said. “I saw a tweet a few days ago that spoke poorly of the protest but it felt exceedingly accurate: ‘Only in America does “freedom” mean going back to work.’”