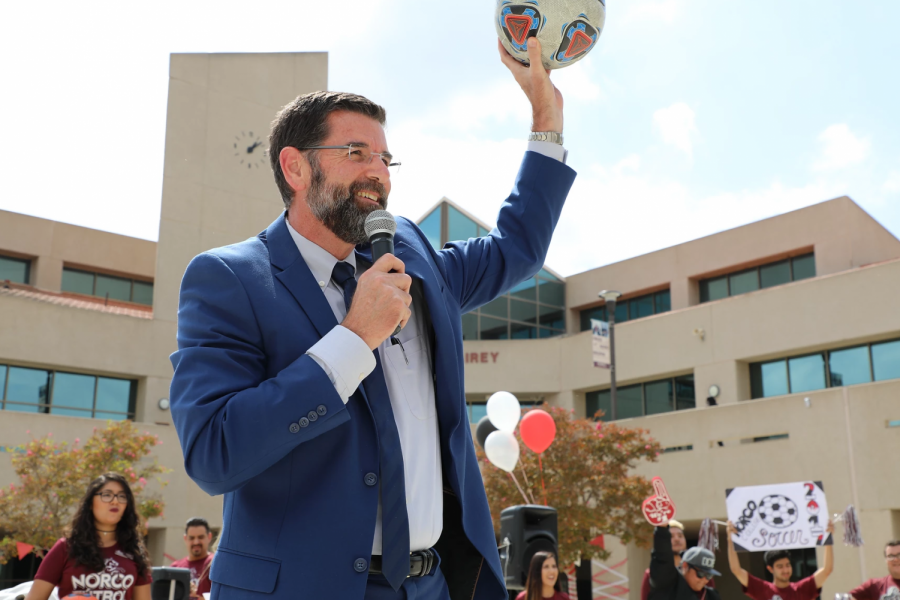 A photo of Dr. Bryan Reece, courtesy of: www.bryanreecephd.com

The Governing Board of the Contra Costa Community College District faced a unanimous vote of no-confidence this week from the DVC Academic and Classified Senates, but pressed ahead nonetheless to begin negotiations with the remaining nominee for district chancellor.

The Senates’ vote passed without opposition during a joint session held Sept. 22. The next morning, the 4CD Governing Board announced in a press release that it was beginning contract negotiations with chancellor nominee Dr. Bryan Reece.

“The Academic and Classified Senates of Diablo Valley College denounce the politicized and destructive behaviors of Trustees Gregory Enholm, Victoria Gordon, and John Marquez,” said the joint resolution of no-confidence.

The Academic and Classified Senates expect to receive district-wide support for the no-confidence resolution. Classified Senate President Marisa Greenberg said that the district teachers’ union United Faculty and the American Federation of State, County and Municipal Employees Local 1 will likely voice their support within the following week.

In the meantime, the groups aim to inform more faculty and employees in the district about the Governing Board’s recent violations.

“As much as people are paying attention, there’s still a large amount of our fellow employees who don’t have any idea what’s going on” with the Governing Board and its trustees, said Greenburg during the joint session.

In addition, some feel the recent investigations into Governing Board trustees, contract non-renewals, chancellorship negotiations and the resulting no-confidence vote, may be overshadowed by approaching accreditation reviews for the district.

“I do feel this is perhaps the worst possible time for this to be happening,” said Becky Opsata, dean of Institutional Effectiveness and Accreditation, in an interview with The Inquirer.

4CD colleges could possibly be sanctioned by the Accrediting Commission for Community and Junior Colleges due to recent Governing Board performance. If sanctioned, the affected colleges would again need to be reviewed by the ACCJ within two years.

The accreditation review is scheduled for early October. Two of the trustees, Enhom and Gordon, will face reelection before the voters in November.