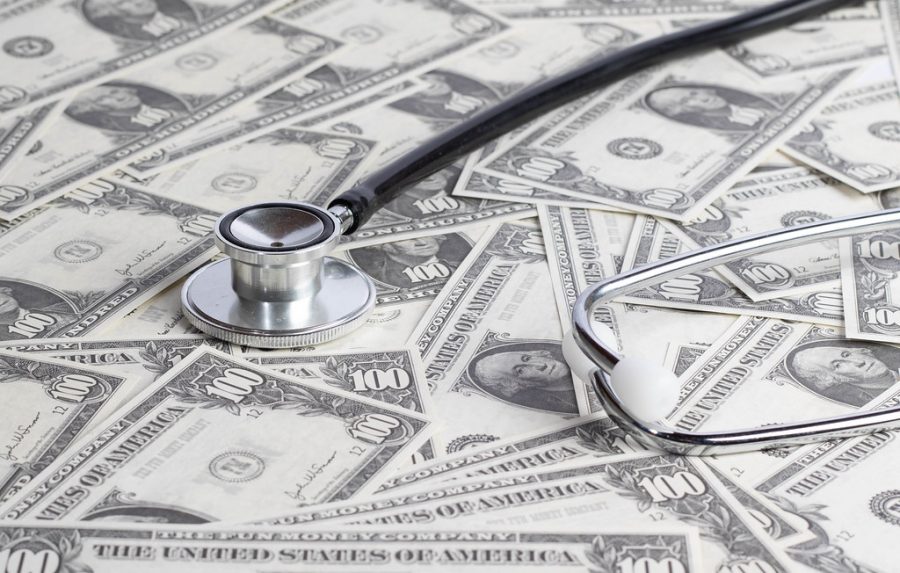 "Stethoscope on a stack of money" by wuestenigel is licensed under CC BY 2.0. Photo Courtesy of Marco Verch

The Contra Costa Board of Supervisors announced Feb. 9 it would allow the California Department of Housing and Community Development to manage more than $70 million in rental assistance slated for the county.

Of the $25 billion allocated nationwide for rent support in the second coronavirus stimulus package passed last December, the county will receive $71.2 million—roughly half of which must spend by Aug. 1, 2021. The other half must be spent by Sept. 30, 2021, according to state and federal guidelines.

Facing these looming deadlines, the board unanimously agreed to let state housing authorities handle the funds instead of the county.

“The county doesn’t have any existing infrastructure right now to administer a program of this size,” said Timothy Ewell, chief assistant to the county administrator.

Putting urgently needed rental assistance in people’s hands is a priority as the economic crisis caused by the coronavirus drags on. In a presentation to the board, Sarah Treuhaft, an executive at PolicyLink, a nonprofit that researches economic and racial inequity, outlined the mounting debt crisis facing the county, where “about 22,000 households are currently behind on rent,” totaling some $88 million in back payments, she said.

Treuhaft explained how the economic fallout of the coronavirus has adversely affected earnings in the county, particularly for people of color and lower income households, resulting in rising rental debt.

“It really is about households struggling to stay afloat, needing to make really challenging choices in terms of [putting] food on the table, paying rent, paying their water bill,” said Treuhaft.

The $71.2 million allotted for the county is meant to support struggling households that make $60,000 or less annually. County officials expect that California’s housing department will begin distributing the aid by March 15.

Also at the meeting, the board of supervisors approved an updated three-year expenditure plan proposed by Contra Costa Behavioral Health Services (CCBHS). The county’s budget for 2020-2021 had already been approved last September, allocating $61.6 million for behavioral services. But due to the pandemic, CCBHS requested an extension to decide how the funds would be spent.

Based on community input and the challenges to mental health posed by Covid-19, Jennifer Bruggeman, a program manager at CCBHS, told the board where the county sought to focus its resources.

Specifically, Bruggeman said, over the next three years, behavioral services will offer more temporary and permanent housing options for people with mental illnesses; improve outreach and quality of mental health care for children younger than six; and coordinate training programs for suicide prevention across the county.

In addition, the expenditure plan will increase funding for the county’s Mobile Crisis Response Team. The team represents an alternative way to address mental health crises without involving police as first responders—an issue that received lots of attention during and after countrywide racial justice protests last summer, according to Bruggeman.

The board also decided on the composition of Measure X’s newly created advisory committee. The 17-person committee will have seven at-large members chosen by the Finance Committee, with the supervisors each selecting two members to fill the remaining seats. This arrangement was seen as a way of letting supervisors represent their districts while allowing the Finance Committee to select members with topic expertise relevant to Measure X, a countywide half-cent sales tax that Contra Costa voters approved in November. Community members can apply for a position on the advisory committee until March 11, 2021.

“It’s a great model for how the county and community can work together on deliberating, discussing, and making budget decisions together in a more engaged way,” Geiger said.