Robinhood Investment App: Champion of the Little Guy or Shill for Wall Street? 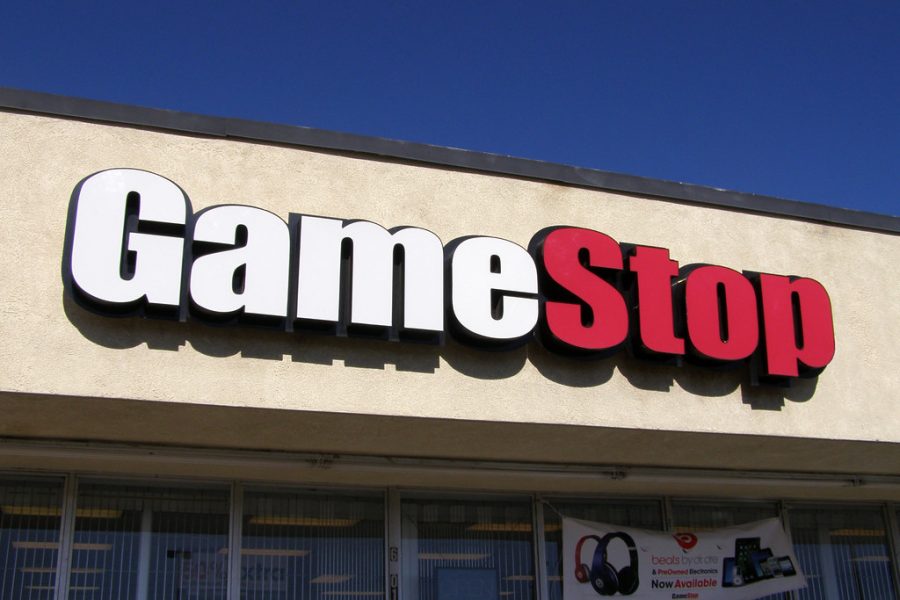 "Retail GameStop" by ccPixs.com is licensed under CC BY 2.0. Courtesy of ccPixs.com

What happened to Robinhood stealing from the rich and giving to the poor? This was perhaps the question on many people’s minds on Jan. 28 after the popular investment app Robinhood suddenly suspended investors from buying shares in GameStop, a brick and mortar retail shop that bought and sold used video games.

The company’s decision came a day after a crusade of online investors swarmed to the application in a popular, orchestrated effort to prevent Wall Street hedge funds from short selling GameStop. Many young investors were following the battle cry of WallStreetBets advisor Keith Gills, aka “RoaringKitty,” who had promoted the stock saying it was undervalued.

The gambit worked. Primarily young investors took Wall Street by storm, raising GameStop’s stock price from $18 in December to a high point of $483 on Jan. 28, producing a nearly 2,700 percent increase in value – an astronomical short-term climb unlike anything financiers or analysts had ever seen. At closing that day, the share price settled at $347.

“Economists are supposed to predict financial behaviors – but as we just witnessed, motivations can be unpredictable,” said Diablo Valley College economics professor Tom Wilmott. “It would have been impossible to see this phenomenon coming: millions of young investors putting their capital on the line for principle instead of profit.”

But not all young investors followed the trend. Kyla Mascardo, a first year economics major at DVC, said, “I didn’t jump on the bandwagon because it was an emotionally driven decision fueled by social pressure and ‘herd mentality.’” However, she praised Robinhood investors for shaking up Wall Street and sending financiers a message that ordinary people could beat the 1% at their own game.

Christo Savaides, a fellow economics student at DVC, agreed with Mascardo about the source of the rally that drove the stock to record-smashing heights. “The GameStop investment was fueled by emotions and peer pressure highlighted by diamond hands, meaning: hold your position no matter what, despite the risk,” he said.

Savaides, who had been following WallStreetBets for years, knew all about the campaign to beat Wall Street’s short sale efforts, and chose to invest in GameStop despite the risk. “I knew it was an emotional investment for most buyers so I bought and sold in one day, and I made a 30 percent return on my investment,” he added.

According to Savaides, who writes a blog called Epistonomics, “Short sellers have lost $119 billion in GameStop” as of mid-February.

At the height of the frenzied buying spree last month, Robinhood, in an unprecedented and potentially illegal maneuver, prevented investors from purchasing further shares of GameStop.

Public outcry was swift and immediate. Robinhood resumed buying options 24 hours later, but GameStop had already lost 85 percent of its gains. In the aftermath, retail investors were left wondering why Robinhood would seem to be siding with hedge funds when its stated mission was to “democratize finance for all.”

Questions deepened when news emerged that Citadel and Point72, two of the largest hedge funds on Wall Street, had paid Robinhood over $300 million in annual fees.

“Robinhood may not have done something illegal by suspending buying, but it may be difficult for investors to reconcile its financial ties to these two companies,”  said Savaides. “Robinhood demonstrated insufficient planning and they needed far more transparency.”

At a congressional hearing held on Feb. 18, lawmakers asked Robinhood CEO Vlad Tenev to explain his company’s decision to halt buying without any warning to its customers. Tenev explained that the decision was based on deposit requirements from clearinghouses registered with the Securities and Exchange Commission.

Rep. Maxine Waters (D-Calif.), chairwoman of the House Committee on Financial Services, has called for two more hearings to explore various companies’ decisions that led to the uproar over Robinhood, though no dates have been set.

Mascardo said, “I am not at all surprised that Robinhood halted buying, because they are a new application and no one in the position of real power will punish them.”

Expressing cynicism about the fairness of the investment playing field, she added, “The kids in my generation are pessimistic and we know the game is rigged.  Congress will do nothing to punish Robinhood or Wall Street. All we can do is be smart and not be swayed by mob mentality.”

Stopping Wall Street from short selling GameStop was a history-making moment, one which seemed to produce a collective fist pump from the nation at large. If only for one day, the “little guy” proved s/he could go up against the big boys and put points on the board.

According to Professor Wilmott, who worked at the Federal Reserve for 24 years, popular grassroots movements aimed at swaying markets have already drawn attention.

“Phenomena such as this are the subject of a new field of study called Behavioral Economics, which blends psychology and economics to help explain why individuals may sometimes act irrationally,” he said. “Time will tell if retail investors will continue to have a significant impact on the markets.”

Wilmott added, “Stocks have been artificially inflated due to an infusion of cash pumped into our economy by the Federal Reserve, making this an unusually easy year to make money in stocks, and that is not the norm.”

Wild fluctuations in the market due to speculation have been happening for more than a century, since well before the Wall Street Crash of 1929. In a sense, the recent swing provoked by GameStop is merely the latest chapter in an age-old story about turbulent financial cycles.

Wilmott said about the crash that brought on the Great Depression, “At that time, savvy Wall Street investors knew they were in trouble when shoeshine boys began doling out advice.”

Speaking to today’s younger generation that has grown up investing through online apps like Robinhood, Wilmott offered a few general words of advice: invest early, diversify your holdings, minimize transaction costs, and invest in Index Mutual Funds (IMF), which put experts to work investing your money for you.

In recent weeks, GameStop’s value has settled back down at around $40 a share.  Meanwhile, the fate of Robinhood remains unclear. In the words of former presidential candidate and Massachusetts Senator Elizabeth Warren, one of the strongest voices for tighter regulations on Wall Street:

“Robinhood promised to democratize trading, but hid information about its prerogative to change the rules by cutting off trades without notice behind dozens of pages of legalese.”

For this reason, Warren said in a statement released last week, “I’m going to keep pushing regulators to use the full range of their regulatory tools to ensure the fair operation of our markets, particularly for small investors.”