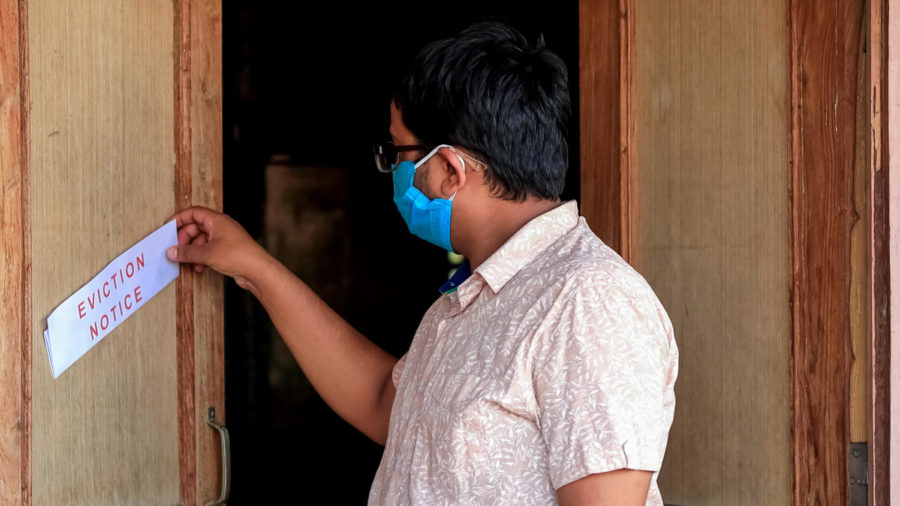 Courtesy of Siraj Ahmad from Shutterstock

In late March of last year, as coronavirus cases surged and the country experienced its second week of lockdown, Concord became one of the first places in the state – and the first city in Contra Costa County – to halt evictions as a way of keeping people in their homes.

“I think we responded really well to [the pandemic],” said Brenda Kain, Concord’s housing manager, who decided to act quickly to help the vulnerable population of renters. “It did come at us suddenly, but one of the first things I realized was that we need a moratorium of evictions.”

In August 2020, Governor Gavin Newsom signed AB 3088 into law, establishing core California tenant protections. Despite the Centers for Disease Control’s enactment of a national eviction moratorium in September 2020, AB 3088 remained in place due to its stronger protections for renters.

Nearly a year after Contra Costa’s shutdown in response to Covid-19, Concord again addressed the issue of housing at a Mar. 9 city council meeting that was intended to update the community about the distribution of block grants the city had received.

After the passage of the CARES Act last March, $5 billion in federal funds were set aside for community block grant funding – for cities like Concord and many others – to use for activities that address the pandemic and its impacts.

Speaking at the meeting, Kain said outreach remained the biggest obstacle for Concord renters getting the help they need. She cited undocumented residents and other people who are not using, or may never have used, aid programs among those populations hesitant to embrace help.

Details about rental assistance for Concord residents in need is available on the city’s website and social media. In addition, the city mailed out thousands of informational flyers to tenants.

As addressed during the council meeting, Concord received $623,474 during the first of three rounds of allocations, which was approved by the city council in June 2020. A group of community organizations received funding from the initial grant, which helped provide urgent rental assistance to tenants.

August 2020 saw the second round of approved funding from the $150 billion Coronavirus Relief Fund, which was established by the CARES Act to provide emergency money to local governments in response to the pandemic. Locally, $1.6 million was used to help small businesses and improve access to technology in underserved neighborhoods in Concord.

The city received its third round of funding, totaling nearly $1 million, in December 2020, which was distributed to rental assistance programs and used to cover administration costs. “At this magnitude, this is a first,” Kain told The Inquirer in a phone call after the city council meeting, discussing the immediate relief to renters that the measure provided.

But participants in the city council meeting also noted some of the challenges facing assistance efforts, among which are the complex application requirements. The requirements have since been amended to better provide assistance to particularly vulnerable families on Housing and Urban Development (HUD) programs, and those with seniors and children.

Some landlords have been slow or even non-responsive in verifying past-due rents, so current guidelines allow 10 days for landlords to respond to tenants’ requests for rent verification. After 10 days, tenants can sign an affidavit confirming past due rent, and the assistance service provider will then issue the landlord a check. Rental assistance covering up to 50 percent of applicants’ rent is available.

The Eviction Protection and Relief Act, or SB 91, which was signed into law by Gov. Newsom on Jan. 29, extends tenant protections originally in place through AB 3088, and establishes state rental assistance programs for landlords and tenants. The state moratorium provided by the bill will end on June 30, and the federal moratorium is set to end three months earlier, on March 31.

The Centers for Disease Control has sent a proposed eviction moratorium extension to the White House, but it remains to be seen whether or not it will pass. Kain expressed her concern about what will happen after this deadline. “At some point, people are going to have to start paying rent again.”