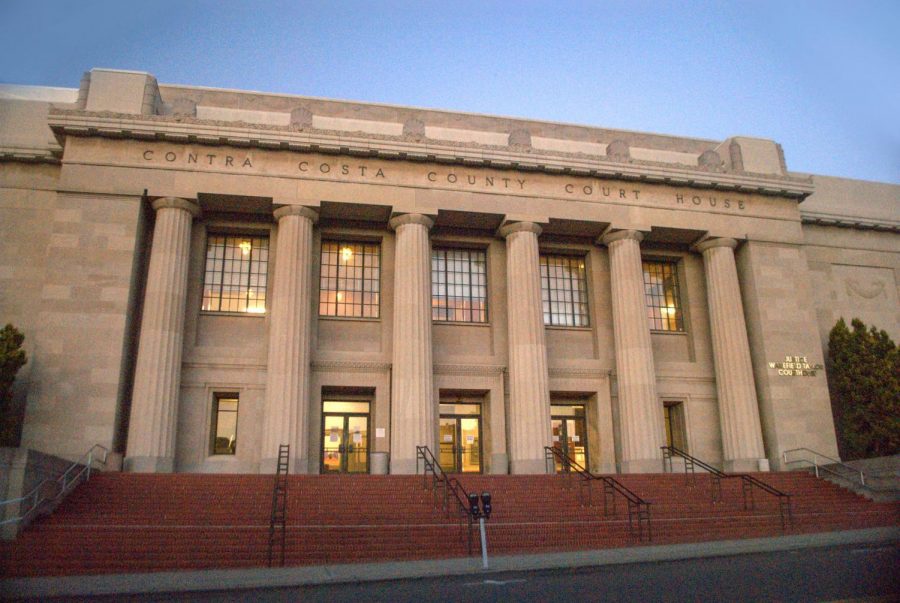 Two vice chancellors and a former associate vice chancellor in the Contra Costa Community College District (4CD) have filed a legal petition in county court seeking to force the district to turn over potentially explosive documents under the California Public Records Act, which requires state and local agencies to make their records available to the public.

The Writ of Mandate petition, submitted on Oct. 14 to the Contra Costa County Superior Court, came in response to the 4CD’s refusal to disclose a series of documents requested by the district’s executive vice chancellor for administrative services, Eugene Huff, chief human resources officer Diogenes Shipp, and former chief financial officer Jonah Nicholas. None of the three managers had their contracts renewed last year by the district Governing Board, two of whose members stood accused of ethics code violations.

The filing seeks to force the district to release a report by independent investigator Jessica Armijo detailing complaints lodged by the three plaintiffs; an investigation into another district employee that 4CD Chancellor Bryan Reece allegedly terminated, and possible other complaints made against the chancellor himself.

“The public has the right to know what public officials are doing, and that’s what makes democracy thrive,” said attorney Gregory McCoy, whose Danville-based law firm Gagen, McCoy, McMahon, Koss, Markowitz & Fanucci filed the petition on behalf of the plaintiffs.

“You don’t want decision-making in the dark—for all of those reasons, the California Public Records Act exists,” McCoy told The Inquirer. “The CPRA is intended to require public entities to produce documents that are generated with public money.”

McCoy said petitions filed under the state’s public records law are entitled to priority in the court system, unlike normal civil litigation that can take years to work through the courts. The Inquirer also filed a separate California Public Records Act request in September in an effort to obtain the documents, but the district denied their release, claiming the records were “exempt from disclosure.”

Likewise, in response to the plaintiffs’ previous attempts to obtain the reports, “the district just said, ‘no, we’re not going to give you the documents.’” But those requests should have been granted, McCoy added, and “since the district wouldn’t do it, we’re now asking the court to order the district to produce those documents.”

According to McCoy, the 4CD has attempted in various ways to characterize the independent investigator’s findings, known as the Armijo report, which concerned complaints made by Huff, Shipp and Nicholas. Now, McCoy said, “it’s our view that that means we’re entitled to see whether the characterization is accurate.”

The district in past cases has provided copies of investigations to those who have made complaints, but this time it decided not to, he said. The petition filed by McCoy’s firm also seeks the record of an investigation into a complaint made about a district employee.

The alleged investigation accused the employee, a professor, of paying students to drop a class after the drop deadline so that the employee could continue to teach the course.

The investigation into the professor’s possible payment to students was apparently terminated by Chancellor Reece, McCoy said, and “we’d like information concerning how that happened.”

Jeffrey Michels, Executive Director of United Faculty of 4CD, told The Inquirer that recent upheaval in the district – where Chancellor Reece was placed on administrative leave in mid-September, only to be reinstated after a special Governing Board meeting two weeks later – has had a distracting effect for students and faculty. “The fact that it is continuing this way, with lawsuits, is just very unfortunate,” he said.

Michels called the actions of Governing Board members who had voted against contract renewals for Huff, Shipp and Nicholas “clearly unethical,” saying they undermined the stability of the district.

“There is nothing good about an extended, protracted legal fight with our former leaders,” he said, and emphasized that there was “no question that the three [district managers] did not deserve to be treated as they were.”

Looking forward, Michels said he hoped “the district could move past this.”

Responding to The Inquirer’s request for comment, Timothy Leong, the district’s director of communications and community relations, wrote in an Oct. 26 email, “The District is aware of an ex parte Petition for Peremptory Writ of Mandate filed against it by current and former employees.”

“The District has acted properly and according to the relevant law at all times and look forward to addressing these matters in court,” Leong said. “As this litigation is pending, the District has no further comment at this time.”

The 4CD has until Jan. 3, 2022, to reply to the filing. “We then have an opportunity to respond to that,” said McCoy, before a hearing scheduled for Jan. 28.

“Again, we’re not asking for damages here,” McCoy said. “We’re asking that the documents be provided, which we think under the California Public Records Act [have] to be provided.”