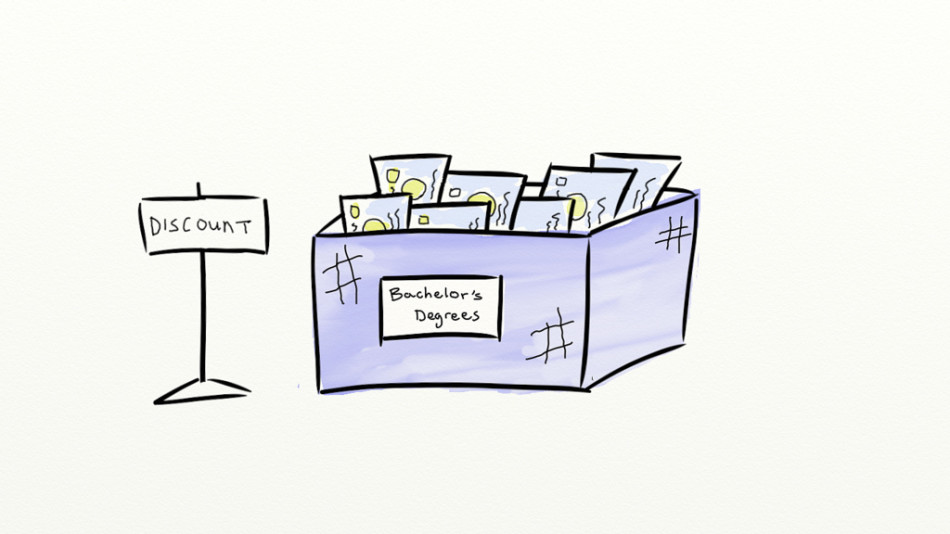 But a new bill could change the image associated with California community colleges.

High-demand degrees such as nursing, respiratory therapy and dental hygiene could be just a few of the many Bachelor’s degrees that will be offered at California community colleges.

Currently, 21 other states already offer these degrees at community colleges.

The purpose of the bill is to meet the needs of employers. Bachelor’s degrees are often required in high-demand vocational fields and two-year programs are increasingly insufficient or it is simply not offered at public universities.

To meet the projected demand by 2025, the state would need to immediately increase the number awarded by almost 60,000 per year—about 40 percent above current levels.

Associate’s degrees are not enough to combat the growing need for people to be prepared for the workforce.

The higher education system in California has been set for a while and major changes could disrupt the initial purpose of that system.

According to the San Francisco Chronicle, the Master Plan for Higher Education was created in the 1960s as a way to segment degrees, offering associate’s at community colleges, master’s at California State Universities and doctoral at the University of California.

DVC President Peter Garcia, who remains unsure over whether this bill will pass, expressed that our college and district would “be interested in examining it.”

If this bill were to go through, a community college Bachelor’s degree could be essentially equivalent to the same degree from a university.

So why bother even going to a CSU or UC if you can get the same degree at DVC for less?

According to the same Chronicle article, “Block said students would pay less than CSU’s $5,970 yearly tuition but more than the $46 a credit charged by community colleges. What all of this comes down to is funding. We will need more money to fund such a big change.” That’s the kind of question that probes the discussion as to what California community colleges will become if we offered Bachelor’s degrees.

We praise the idea of getting more students into school and offering them the opportunity to gain a worthy degree at a local college and at a lower cost, but we remain cautiously optimistic towards all of this.

Some high-demand classes are already hard enough to get into, so will bringing Bachelor’s degrees to community colleges open up more sections?

With the possibility of more sections and an influx of enrollment of students, will DVC look to expand our campus?

Students already pay $46 per unit, but with added Bachelor’s degrees, will prices go up for all students?

We see the benefits of what offering a Bachelor’s degree could mean in the long run — supplying employer demands, essentially creating a one-stop shop for students with different goals— but we think the road to a picturesque college could be rough.

Without a doubt, if this bill were to pass, California community colleges will change. But will it change for the better? We hope so and we look forward to seeing where a program like this might take DVC.