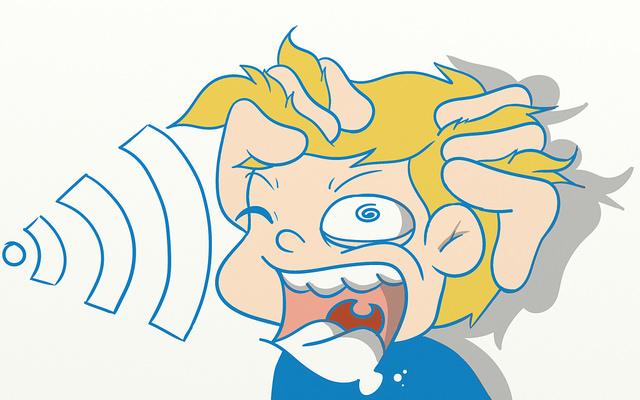 Being “allergic” to Wi-Fi has been a controversial topic for years, but just now has made it to court.

A woman in France named Marine Richard was granted monthly disability payments every month for claiming to be sick from Wi-Fi, according to the Independent. Electromagnetic hyper-sensitivity is a condition some people diagnose themselves claiming physical illness occurs as a result of exposure to wireless networks. This condition is poorly researched in the medical field, but is gaining momentum toward being recognized as a legitimate illness.

Electromagnetic fields have been a part of planet Earth since its formation. The northern lights are a good example of this. But modern technology’s omnipresence has caused many people in many different countries to report symptoms of headache, nausea, and even depression when exposed to strong electromagnetic fields. This includes being around cell phones, power lines, televisions, Wi-Fi, and pretty much anything else that sends out electromagnetic waves.

Marine Richard won her case in court and now receives close to $900 for claiming she cannot return to work when she is constantly falling ill from the electromagnetic exposure at her job. Her case has already sparked a lawsuit in the US. On Aug. 12 in Massachusetts, two parents sued for $250,000 after their son’s school installed Wi-Fi that apparently made him develop rashes, nosebleeds, and dizziness.

On top of the ridiculous amounts of “compensation” that are being asked for in court, there are even people who are moving to the middle of nowhere to get away from electromagnetic fields. The same woman who won her disability case in France claims to have moved into a barn in the more remote regions of France to get away from Wi-Fi. She says her case is a “breakthrough” for people who experience EHS.

Few, if any, studies have been conducted supporting the idea that Wi-Fi exposure can lead to illness. The fact that most of the symptoms related to EHS are symptoms that people experience during stress, is beside the point. Electromagnetic sensitivity is a fantasy illness, one that never should have made it past Facebook comment threads. Unfortunately, it’s being taken seriously enough to actually be a reason to get disability checks. The reality is that more people report to have EHS every day, and before moving out to caves and barns, are filing lawsuits on their way out.