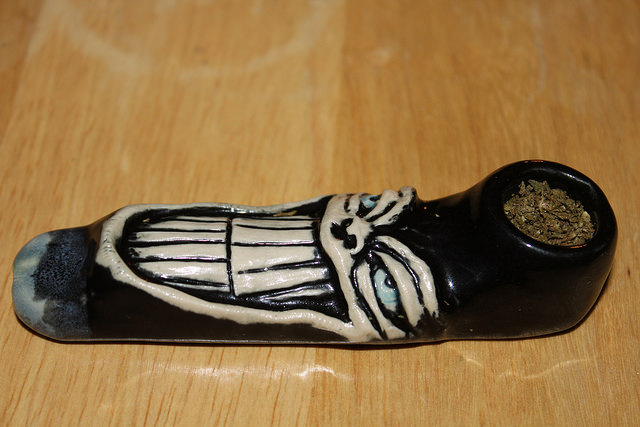 Marijuana use has been more relaxed after being made legal during the past election.

The use of marijuana on all Contra Costa Community College campuses is prohibited despite proposition 64 legalizing it in the state of California. For those 21 or older the recreational use of marijuana is now legal due to a 57 percent approval on Prop 64.

According to the “DVC Quick Facts” handout produced by the college, around 65 percent of students are of legal age to recreationally use marijuana.

With marijuana being legal in the state of California and most students being the legal age there shouldn’t be so much resistance stopping the approval smoking marijuana on campus grounds.

Marijuana use comes with the good and the bad, as does everything else.

The fact is marijuana is still considered a Schedule 1 drug, on par with heroin and acid. But when a person hears the word “drug,” it gives a negative connotation.

In that sense, some people believe that drugs cause crime, apathy and loss of productivity. Not to mention the creation of addicts, deterioration in intellectual function, and car accidents.

Marijuana, however, is allowed in California and other states for medical use. It’s positives far out way the negative aspects. Marijuana has been proven to treat glaucoma, help control epileptic seizures as well as decrease anxiety and slow the spread of cancer cells.

From a Los Angeles Times article “Puffing is the Best Medicine,” Emeritus Professor of Psychiatry, Dr. Lester Grinspoon, at Harvard Medical School said, “Although cannabis has been smoked widely in Western countries for more than four decades, there have been no reported cases of lung cancer or emphysema attributed to marijuana.”

If inhaling scientifically proven carcinogens into one’s lungs on campus in a designated space is allowed, there should be a designated section for smoking marijuana as well.