DVC has a drug problem: A parent’s first-hand report 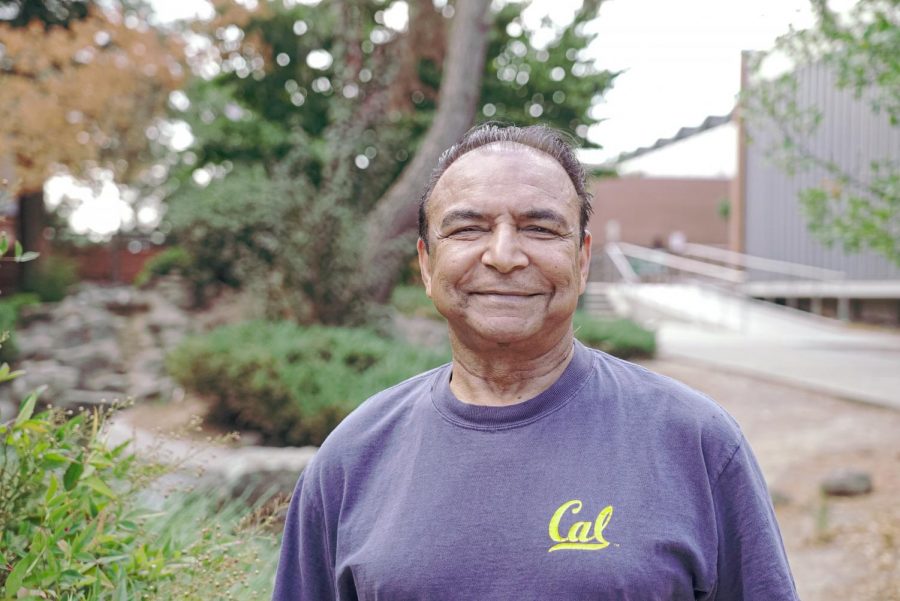 “Dad, I feel no emotion, I can’t focus, I can’t remember anything, I feel empty and this pain is just too much. It’s like a ball pressuring me in my chest. Please help me, Dad, help me get rid of this pain,” he keeps telling me.

Dainis, my son, is 20 years old. He came to Diablo Valley College in fall 2018. His mother and I helped move him into his new apartment in Pleasant Hill. Having checked in with his registration at school and otherwise made sure he was safe, we left him to contend with his new life. In case of anything critical, he had an older stepbrother and other friends living in the area to help him. We felt he would be safe, start making friends, focus on his studies and enjoy this new chapter in his life.

I knew the Bay Area college scene quite well, having graduated from the University of California, Berkeley, at the time of the Free Speech Movement, and “free sex and drugs” in the Haight Ashbury, where I had an apartment. There were kids on LSD who had jumped off buildings and others who were constantly on coke or marijuana. I hoped that Dainis would not enter this dark world that I was lucky to have avoided.

I received a startling call in the middle of the night from a Berkeley friend, while I was overseas, around October 14, 2018, two months after Dainis started on his courses. Apparently, in recent photographs he had posted on Instagram, my son was rolling down a hill in Oakland, coiled up like a ball. In another he was making terrifying faces, and screaming. There was no doubt in my mind that he was on hallucinatory drugs.

Dainis assured me when I spoke to him on the phone that the drug-induced episode was a one-time deal. He had gotten through the experimentation and he was done. Dainis had always been truthful with me. He told me he had tried LSD and mushrooms and vaped with marijuana, and that was it. He wouldn’t try any more. Right?

The next day I boarded a non-stop flight from Singapore to San Francisco. After driving in from the airport to his apartment, I learned of other bad things happening to him as a result of his drug use: being evicted because of possession, having his wallet stolen and scoring awful grades in his first few quizzes.

DVC folks, in my opinion, were not helpful. I was told at the Admission, College Union and other offices that he needed to seek emergency counseling at one of the local hospitals and that there was nothing they could do. This was a shameful oversight.

There is, in fact, a third-party counseling service offered through the Student Assistance Program (SAP) that was not known to the students working the front offices at DVC. Though it’s important to provide jobs for students at DVC, it is not acceptable to parents like me to have my son suffer the consequences of ill-informed students manning critical positions.

Psychological help, especially drug counseling and support, must be any college campus’s top priority in this era of dangerous drugs and heavy consumption. It requires experts to dispense proper and relevant information.

Dainis had to visit Kaiser Emergency three times during his drug intakes over a six-week period from Sept. 7 to Oct. 14 before I arrived back in Pleasant Hill. This cost our family over $2,000, not including the emotional costs and lack of psychological support that was required during that period. Moreover, the landlord was singularly unsympathetic to Dainis’s crisis and filed to evict him.

When I asked around at DVC if any help could be offered to deal with the landlord, “none” was the response. Dainis had to move three more times, mattress and all, because the apartment complex management put him on their blacklist.

Today, Dainis’s physical and emotional state is still precarious despite his stopping all drug use last December. Kaiser doctors have diagnosed this problem as being caused by stress. The cure is more rest and psychotherapy, which he is to begin soon. In addition, daily prescription stress relievers have been prescribed.

Drug usage on campuses is increasing at an alarming rate. Non-medical use of prescription amphetamines such as Adderall and Ritalin among college students increased from 2.9% in 2000 to 4.2% in 2015, according to Monitoring the Future survey. Moreover, use of illicit drugs other than marijuana increased from 6.9% in 2000 to 9.2% in 2015 on college campuses.

It took me a visit to President Susan Lamb’s office to get the SAP information. It should be important to interested parties at DVC – students, parents, employees, state and federal governments, investors – to understand how DVC and other college campuses can provide the SAP information much more readily, and especially offer 24/7 one-on-one first-level support on issues related to drug abuse. A mandatory drug usage online class with helpline numbers should be made available at a minimum.

Moreover, drug peddlers around the campus need to be monitored by the campus and city police. DVC is powerful enough to demand such monitoring.

DVC can become a leader in helping students deal with drug issues. This means dealing with the effects of street drugs, establishing a 24/7 campus counseling and referral center, monitoring peddlers in and around the campus, liaising with hospitals/police in the area for emergency help (especially in view of the large foreign student body at DVC), offering legal aid or contact information to avoid eviction or potential homelessness, and online broadcast for controlling viruses.

DVC has a substantial student body and should emulate what is being done across other campuses in California, including in the UC system. DVC’s academic reputation is excellent and is to be lauded, but if the drug problem on campus continues to worsen, parents may shy away from sending their kids here, and fundraising may become increasingly difficult. Critical changes are needed: our kids’ lives depend on it.