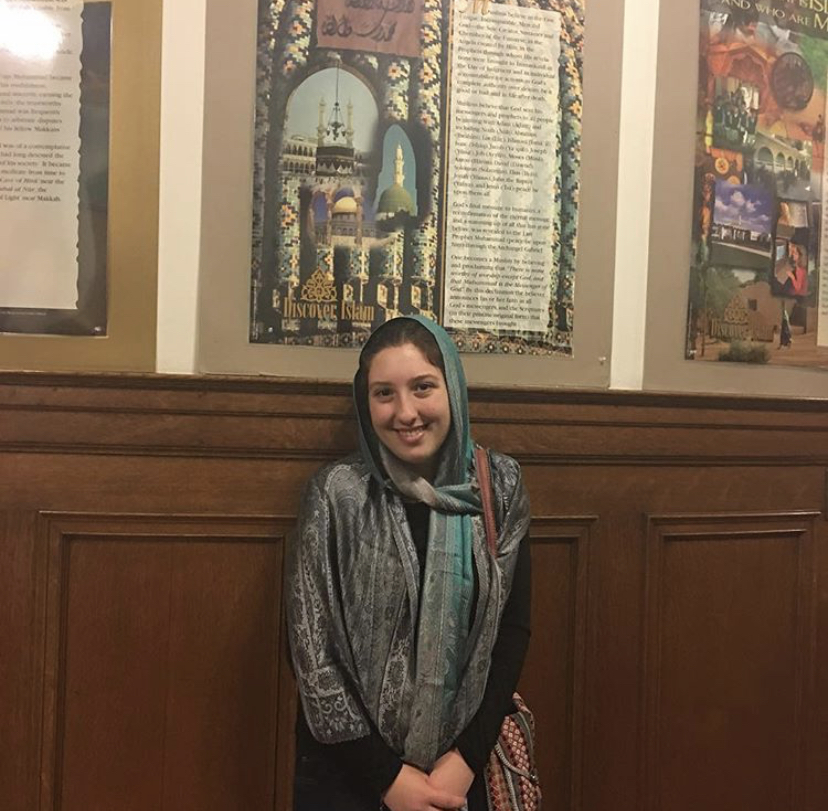 Every year, I go to the Islamic Cultural Center of Northern California with my family. My favorite part of walking into a mosque is when I enter the prayer room. The room is large and covered with carpets. There are usually about 50 people in the room and most of them are praying. The men and women are separated by rows and covering themselves. Each person recites the prayers in Arabic in efforts to become closer to God. I usually sit at the back on a chair; watching people pray in a very peaceful atmosphere is what Islam means to me. Islam is, like any religion, a way to form a connection with God mentally, spiritually and physically.

I have been raised around Islam my entire life and I come from a family of Muslims. Writing this piece about Islam was vital for me because after attending an event last month called “What is Islam Essentially?” I felt the need to break harmful stereotypes that tarnish the identity of Muslims.

We all have seen negative labels and heard harmful stereotypes about Islam, whether it’s from media outlets, everyday people, or even the President of the United States himself. We all are aware of Donald Trump’s travel bans that were put in place to prevent Muslims, such as people from Syria and Iran, from entering the United States. Corporate media like Fox News even call ISIS “Radical Islam,” when members of that group aren’t even true Muslims. To be a true Muslim is to do no harm to others.

“They’re not following the rules of Islam, they believe that killing somebody who doesn’t believe in Islam is right, but actually, in Islam, killing somebody is prohibited… They claim to be Muslim but they’re not, so Islam is presented in a bad way to others,” said Nejrabi.

A part of the problem, I feel, is that we focus too much time watching television instead of reading books about Islam or actually talking with Muslims. It’s upsetting to see institutional Islamophobia that reflects ignorance about the religion, not just in the United States, but globally. Islam is a peaceful religion, just like any other religion, and it’s inaccurate to look at countries such as Saudi Arabia, with its extreme strain of Wahhabism, as the pinnacle of Islam.

In response to Muslim extremism, the burqa has been banned in 15 countries, including Austria, France, and Belgium. It was banned in France because women covering their faces were considered a symbol of subservience in the eyes of the government. According to former French President Nicolas Sarkozy, the burqa deprives women of their identity and makes them “prisoner(s) behind a screen.”

One of the most common misconceptions about Islam is that women are oppressed and subservient to men. In fact, it is the exact opposite. Verse 4:1 in the Quran, the holy book in Islam, states that “women too have rights over men similar to the rights of men over women.” Some Muslim countries such as Saudi Arabia and Iran treat women as second class citizens despite Islam prohibiting violence against women.

Marwa Miry, a Muslim community member, participated in the “What is Islam Essentially?” She says that Islam uplifts and respects women.

“(In the) pre-Islamic era, women weren’t allowed to get a divorce (or) own property. But when prophet Muhammad came, he stopped it because God gave him these orders, (saying) that women are an important part of society,” she said.

Some people also believe that the hijab, which is a headscarf worn by Muslim women covering the head and neck, is a sign of oppression. In fact, Muslim women who choose to wear the hijab, burqa, or niqab, do so to cover themselves to preserve their modesty and to show their obedience to God.  Covering one’s hair and body is not a sign of oppression but merely a way to stay in touch with their religion.

Why is it that Muslim women are treated differently than women in other religions? Despite other religions having similar practices, like Judaism with Tznuit and Christianity with nuns’ clothes, why are Muslim women criticized for their appearance? This smells of hypocrisy.

Another common misconception of Islam is that Sharia law is considered a threat in the United States and is feared by many people. According to the Southern Poverty Law Center, Sharia law establishes guiding principles in order to live a moral life, derived from the Quran. Noorullah Wardak, a math instructor at DVC and a Muslim, explained some examples of Sharia law.

“Governments take charity money and distribute among (the) poor, take care of mosques, making sure religion is being taught in academic institutions, making sure no alcohol is being sold,” he said.

However, when Americans think of Sharia law, they usually think of women accused of adultery being stoned to death, or cutting off a person’s hand for stealing. These kinds of acts are common in countries such as Saudi Arabia, Iran, and Yemen, yet these punishments aren’t actually derived from Islam but from corrupt governments using Islam as a way to control others.

Madina Rahimy, another Muslim student at DVC, said that these punishments go against the meaning of Islam.

“Those countries, their governments, are extremists. They think that they are making this law and you have to follow it, but if you see from God’s side, you can’t hurt anyone, you cannot even touch anyone,” she said.

Nejrabi also confirms the meaning of Islam and how harming somebody is a sin.

“Islam doesn’t encourage violence, it’s actually against violence and Islam is an Arabic word for peace,” she said.

Saudi Arabia’s government are filled with extremists and twist Islam into their own version of what they think Islam is, much like many other governments in the Middle East.

One of the things that disturbs me the most is how much attention the media gives to “Muslim” people who commit terrorism, but when a white “Christian” terrorist commits violent acts, the media and politicians often fail to condemn it as terrorism.

An example of how the media treats Muslims versus Christians is the Christchurch shooter. On March 15, Brenton Tarrant, a 28-year-old man from Australia, attacked two mosques in Christchurch, New Zealand. He killed 51 people and injured 49. Yet many Western media pundits portrayed Tarrant as “mentally ill” but not a “terrorist.”

On the other hand, the Prime Minister of New Zealand, Jacinda Ardern, called the shooter what he is: a terrorist.

The most infamous example in the U.S. was Trump’s failure to condemn white nationalists claiming that there were “fine people on both sides.”

There are ways to reduce Islamophobia. Apart from reading books and talking to actual Muslims, one way to be informed about Islam is to attend an actual mosque. There are so many mosques in the Bay Area and if people take the time to go to one and talk to Muslims, they can become more educated about what Islam really is. Asking questions is the best way to solve ignorance. Rahimy also thought that an optional class about Islam could be taught in schools because she thinks that Islam is not addressed enough in education.

Aside from all of these great ways to learn, Professor Wardak wants people to know this crucial point.

“Not everything is the same exact way all over the world and then the idea that here somehow, this is the best way to live or the way we have, this is the best, that’s also something Westerns fall into, that sort of arrogance that it should be like this,” he said.