Deepening the Educational Divide: If “We’re All In This Together,” Why Doesn’t It Feel Like It? 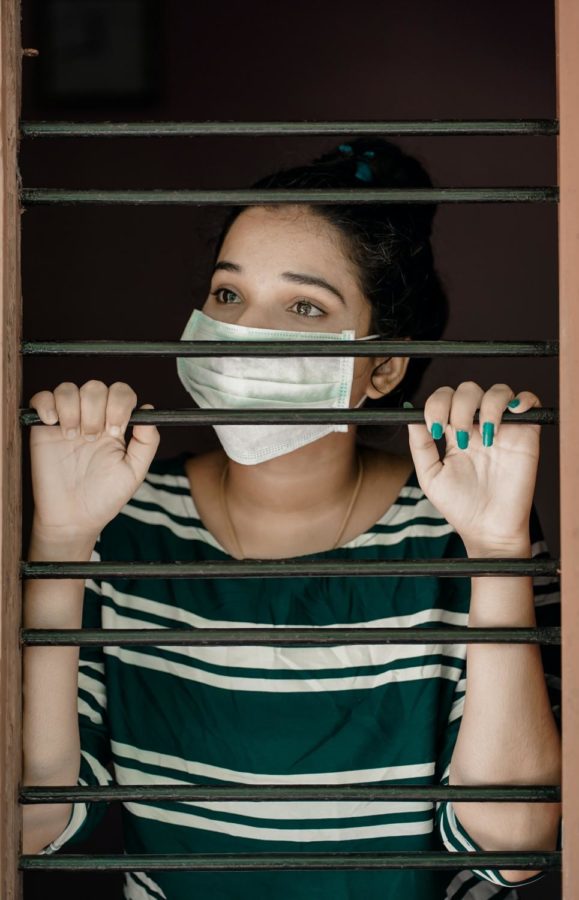 Photo by Nandhu Kumar from Pexels

The phrase, “We’re all in this together,” has been repeated over and over during the Covid-19 pandemic, but nothing could be further from the truth. Considering the disparity in lockdown conditions and educational opportunities, this sentiment rings hollow. The fact is, the chasm between the haves and have nots has widened to such an extent that the most vulnerable among us continue to fall deeper and deeper into the cracks, seemingly unnoticed by society as a whole.

A more accurate expression might be: We’re in this, but we’re not all together.

During the lockdown, many of the haves have been sequestered at home with plenty of room, excellent wifi, defined office spaces, money for take out, televisions with unlimited channels, and possibly even a pool or hot tub. The haves, who experienced minimal financial stress during the crisis, continue to enjoy access to healthy home-delivered food, travel-on-demand, and all the rest.

In stark contrast, many of the have nots have endured the pandemic confined in small apartments, crowded with too many people, iffy or non-existent wifi, zero access to childcare, with no option to work remotely. How can we say, “We’re all in this together” when the disparities are so glaringly obvious?

Perhaps most concerning is the widening educational divide between these two groups. Nothing during the pandemic has infuriated and saddened me more than the fact that the wealthiest children among us have had the option to attend private schools. I don’t begrudge families for their ability to reap the benefits of a quality education. But what about the most vulnerable children in our communities?

Take foster youth for example. Young people raised in foster homes have only a 3 percent chance of graduating from a four year college. In many cases, they lost an entire year of education as the pandemic began last spring, while privileged children attended school, played sports on private club teams, benefited from tutors or special day camps and, most likely, even enjoyed a family vacation or two.

It has been well established that the most effective path to upward social mobility is the attainment of education. Yet, it has been estimated that 3 million of our nation’s most marginalized students dropped out of school in March 2020, and many of them will remain gone for good.

Last summer, the Centers for Disease Control reported that racial and ethnic minorities, essential workers and young adults were suffering disproportionately compared to their wealthier counterparts. Despite this assessment, no institutional plan has been put in place – locally, statewide or nationally – to mitigate the devastating impacts caused by lost educational and social opportunities.

Colleges of all types have been negatively impacted by the restrictions caused by Covid-19, but students at the nation’s community colleges suffered most severely. The people hurt most were Black and Hispanic students, half of whom are low-income, according to the American Association of Community Colleges.

Historically, community colleges have provided a low-cost alternative for students lacking parental and financial support, but enrollment is down close to 10 percent nationwide. President Biden has attempted to address the crisis by proposing to make all two-year colleges free as part of his $1.9 trillion American Families Plan, with $109 billion slated toward the effort. This is a bold proposal, but we need to reach these future students long before they graduate from high school.

Our community, and the country as a whole, should be prioritizing equitable and fair educational opportunities for our most vulnerable students. Instead, politicians, media and academia appear largely tone deaf as they blindly accept that even during a global pandemic, the haves deserve privileges routinely denied to the have nots.

As we have witnessed in the highest echelons of political power, two separate standards often determine people’s responses to the virus. For instance, House Speaker Nancy Pelosi set a regrettable example by refusing to apologize for her decision to break Covid-19 restrictions when she visited a hair salon in August 2020. Instead of admitting that she had made a mistake, Pelosi blamed the proprietor for tricking her into believing that the salon had met Covid safety guidelines. In fact, Pelosi herself demanded an apology. At the time, all businesses were on mandatory shutdown in her home city of San Francisco, making her denial even more implausible.

In the case of the California governor, one of the reasons Gavin Newsom is facing a recall is due to the inappropriate decision he made last November to dine indoors, unmasked, at the exclusive Napa Valley restaurant The French Laundry, accompanied by two high-level members of the California Medical Association.

The move was in blatant disregard of the governor’s own mandate and contradicted the recommendations set forth by the CMA itself. Newsom apologized but the damage was done: his actions smacked of privilege and hypocrisy at a time when millions of Californians were suffering through the pandemic.

Perhaps nobody appeared as tone deaf as Ted Cruz, the senator from Texas, who created a scandal in February after flying to Cancun during record-breaking freezing temperatures that caused power outages and school closures across his state. In his initial response, Cruz said that anyone in the position to do so would have gotten out of town if they could.

What appears to be missing in the mindsets of the haves is that very few people have the option to jet off to an exotic location to escape bad weather or the tedium of a mandatory lockdown.

The 2010 documentary about education reform, Waiting for Superman, made the astute point that our society seems to find it perfectly acceptable when wealthier neighborhoods have access to better performing schools than poor and working class neighborhoods. In fact, Americans appear to have collectively agreed that paying higher home prices, which brings in a bigger tax base, is the only way to ensure that their children receive a superior public education.

Returning finally to the situation of foster youth, we need to do better. More than 400,000 children are currently in foster care across the nation and, as mentioned, only a slim fraction of them will ever graduate from a four year institution. What if we target these children by providing them with vouchers to attend private schools? Why shouldn’t we be enabling children in poor performing areas to access educational opportunities equal to children from more economically stable backgrounds?

None of these reforms, alas, are likely to be enacted so long as our society accepts hypocrisy, cliches and meaningless slogans from our leaders. It’s time to come clean about the gross disparities we’re living with today that will impact millions of lives moving forward. Even during – especially during – a global pandemic, the haves and have nots continue to live by two completely different sets of rules. If  “we’re all in this together,” why doesn’t it feel like it?