Are We Seeing the End of Bitcoin Dominance? 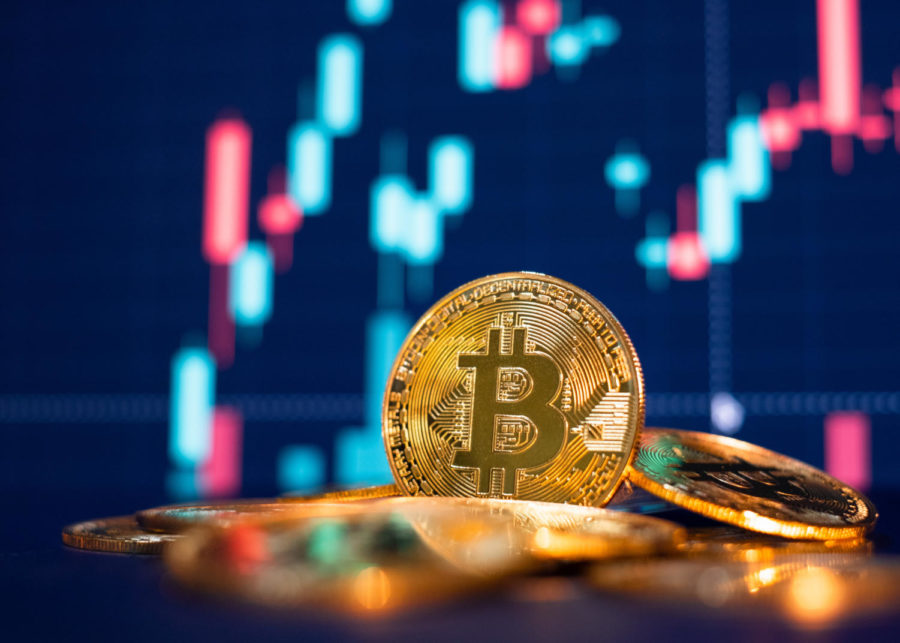 Photo Courtesy of tungtaechit from Shutterstock

As the original cryptocurrency, Bitcoin is often seen as synonymous with crypto technology itself. In a space that is arguably still in the proof-of-concept stage, investors and industry participants have looked to Bitcoin for reassurance that there is demand for cryptographically-secured digital assets.

In 2009, Bitcoin pioneered blockchain technology, which is the decentralized database system that most cryptocurrencies rely on. But newer cryptocurrencies are aiming to utilize this technology for alternative purposes. The possible applications of this are as numerous as the projects that we’re seeing emerge. As a result, the era of Bitcoin dependence may be coming to an end.

Bitcoin dominance—the ratio of Bitcoin’s market capitalization to the market capitalization of all cryptocurrencies—has experienced a precipitous decline since early April, underscored by Ethereum’s recent all-time-high valuation. Ethereum is the second most valuable cryptocurrency, second to Bitcoin, and its ecosystemic approach to blockchain is an example of how this space is evolving.

Ethereum uses the same blockchain technology as Bitcoin, but unlike Bitcoin, Ethereum was made for more than simple payments. Its base currency “ether” can be transacted just like Bitcoin, but developers can also use the Ethereum network to create applications similar to traditional web-based applications. The key difference is that unlike typical internet software, the applications built with Ethereum are decentralized. No single entity is required to control or operate anything built on the network. The internet revolutionized finance, retail, and entertainment, and Ethereum advances these developments with decentralization.

Chainlink is another compelling project that seeks to make powerful decentralized systems more sophisticated. I spoke with ThoughtSpot business systems manager Brian Hausmann, who described Chainlink as a technology that provides data to blockchains from the outside world. Before Chainlink, data was provided by centralized databases, but as Hausmann says, this “defeats the whole purpose of blockchain.” If we can remove the “single point of failure” inherent to centralized systems, we can make the process of speaking to these blockchains as robust as the blockchains themselves. An application of this could be found in decentralized finance, which seeks to do away with traditional financial intermediaries.

But it’s not just industry-level innovations that have been getting attention lately. Non-fungible tokens—most commonly referred to as NFTs—have gone viral in the last few months. An NFT is a unique virtual token that represents some digital object like an image, an audio file, or—in the case of an NFT that Twitter CEO Jack Dorsey sold for a cool $2.9 million—a tweet. Anyone can share a copy of a work of digital art, for example, but only the owner of the NFT—which can be thought of as the original piece—can claim verifiable ownership.

The craze has crescendoed as a who’s who of celebrities scramble to cash in by offering their own one-of-a-kind collectables. Some notable names include entrepreneur Mark Cuban, NFL football tight end Rob Gronkowski, and musical artist Grimes, selling everything from unheard music to virtual sports trading cards. If it can exist virtually, it can be sold as an NFT.

None of this, however, is to suggest pessimism about the future of Bitcoin. In Tesla’s 2020 annual report with the Securities and Exchange Commission, the company revealed it had invested $1.5 billion in Bitcoin—the partial sale of which recently helped it beat first-quarter earnings estimates. In the same week, during Visa’s second-quarter earnings call, CEO Alfred F. Kelly, Jr. echoed what many have said when he described Bitcoin as “digital gold.”

What this could be signaling is a maturing of the crypto market. As confidence grows in the technology and its use cases are explored, it’s not only inevitable that Bitcoin will lose market share, but it’s also ideal. In the past, the slightest change in Bitcoin price or outlook would immediately reverberate through all cryptocurrencies, but now players appear less bound by the whims of its volatility. In order to progress, crypto needs to move out from under Bitcoin’s shadow. We may now be seeing those first steps taking place.