In The Face of Struggle, She Fought Back 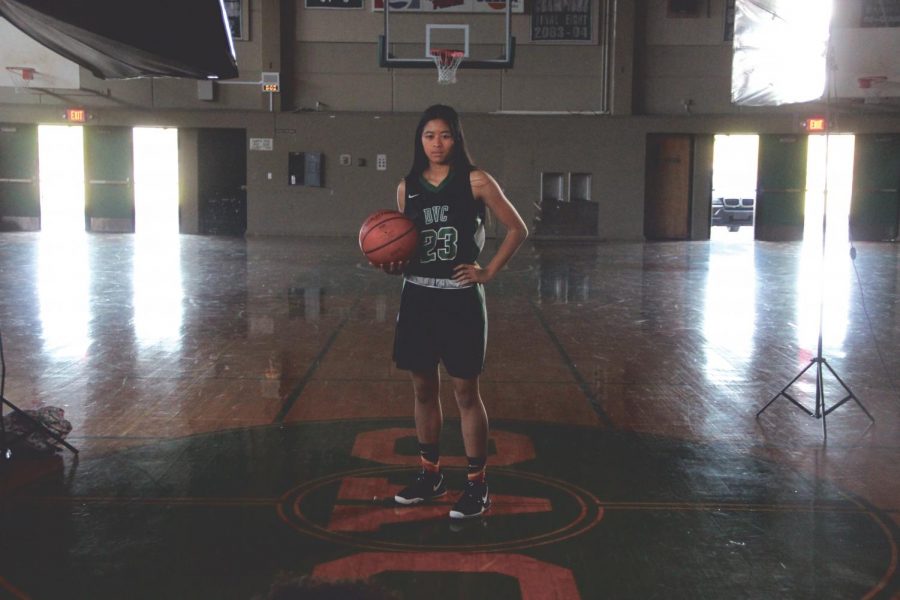 Some say life can change in a matter of moments. In 2017, Jasmine Kong learned that firsthand. While playing for the varsity women’s basketball team at Arroyo High School, she looked into the crowd of parents sitting on the sidelines. She then noticed the absence of her father.

He never misses a game, she thought. Minutes turned into hours. There was still no sign of her father. Concern turned into worry. Kong went home with her mother, searching for her father. He didn’t come home that night.It would be hours until Kong’s mother received a text from her husband. The text held fateful information: his life hung in the balance. Kong and her mother learned that he was being threatened with gang violence.

If Kong’s father did not pay up in a certain amount of time, he would receive a bullet to the head. At that moment, Kong looked to God the most, she said.

Kong’s father returned home, but with his arrival came debt. Kong was in financial strain; money from her savings, college and family fund was gone.

Life seemed dim, but little did she know at the time, her tenacity would pull her through. In her most vulnerable moment, she remained mighty.

To strangers, Kong may seem timid and soft spoken. But she isn’t afraid to speak her mind and protect the ones she loves. She is dedicated to female empowerment, her faith, family, and culture but, according to Kong, she is breaking barriers for Cambodian women.

After the historical title game win against Moorpark, Kong was overwhelmed by calls from Cambodia. They proposed for her and her teammates to come to the country in order to get more exposure.Her background is an important aspect of her life.

Not only are her parents immigrants, but as a first-generation American from a war-torn country, she lives in the shadows of her family’s struggles.

During the 1980s, Kong’s parents came as refugees to the United States in order to escape the Vietnamese Cambodian War which began in 1978 and would end in 1989. Her parents also survived the previous Cambodian Civil War which stretched from 1967 to 1975. Cambodia was under the Khmer Rouge, a regime that would kill millions.

The war was a nightmare, filled with guerilla warfare, genocide, bombings, and massacres. Three years later, Vietnam invaded Cambodia, a turning point that would result in six million deaths. With Cambodia devastated, the Kongs came to the United States.

Kong grew up differently. She was regularly reminded of her parents’ struggles through the retellings of the horrors they faced. Her bedtime stories consisted of tales of survival. Kong’s parents were transparent with their daughter, sharing  memories of being separated from their parents, seeking refuge in Thai camps, and seeing piles of dead bodies. Kong knew from a young age about war and the nightmares it creates.

”It was traumatizing things they would tell me as a child, but I think it’s a huge part of who I am,” said Kong. “If my parents didn’t go through that, they wouldn’t have met and eventually had me.”

She described the struggles Cambodian Americans have to overcome, a hardship she believe is often disregarded in the United States.

”We make up most of the poverty rates (in my country)” said Kong. “Being successful has been really hard for immigrant people and (people of) my culture.”

Kong holds gratitude towards her parents for keeping food on the table and a roof over her head.

With her parents showing constant support and enthusiasm, the two are the most important people in her life. Because of this, she feels an obligation to succeed as the first American in her family.

Her cultural identity is a defining value in her life. As a result, she advocates for more Asian American representation in mainstream athletics. She strives to one day be the first Cambodian American professional women’s basketball player.

”Being an Asian American player is hard because most Asian Americans are overlooked,” said Kong.  “You don’t see a lot of Asian players at the D1 or D2 level. So being able to get some recognition in this state championship game has been a blessing,”

“That’s why when Jeremy Lin was able to play in the NBA, it was a huge deal for Asians in America,” said Kong. “And (this championship is) a huge deal for me and my family because they are immigrants with stories that they have learned to keep silent in America, especially being Cambodian American.”

Lin is considered to be an influential figure for Asian Americans, after his meteoric rise to brief NBA stardom.

In 2012, Lin became an overnight star when he debuted with the New York Knicks. He led the team during a successful stretch of games, resulting in the global craze known as ‘Linsanity’.

Despite Lin’s rise to fame, he faced many obstacles with racism while playing for the NCAA at Harvard, and while in the NBA. In the spirit of Cambodia-American success and Asian-American achievement overall, Kong hopes her on court success will inspire other young women.

”Not just girls from my culture, but to immigrants girls or any girls of any background,” She said. “If you work hard enough, you can accomplish your dreams.”

Kong averaged 11 points-per-game off the bench in her freshman season, earning her the title: “bucket getter” by Coach Ramaundo Vaughn.

”Through all the obstacles I’ve faced, basketball was my therapy,” said Kong.

On that historic night in Ventura, Kong recalled her performances in previous games.”I wasn’t doing well,” said Kong. “So I was like: ‘this is the last game, the championship game so I’ll just rack my stacks.”

She did what she knows best: she persevered.

Kong scored 14 points that night, and was a key player in catching up to Moorpark in the second quarter. She was determined.

”As a player, (she) is gifted offensively and has a very natural ability to score the basketball,” said Vaughn. “She is athletic and aggressive and is never afraid to take a big shot.”

Kong made several big shots against Moorpark, which Vaughn said was key to their comeback victory.

“What stands out about her is her fearlessness and her ability to rise to the occasion in big games”, Vaughn said  “Had she not gotten on that roll, we may have had a different outcome.”

Vaughn discovered Kong while she was playing for Arroyo.

He believes she was a perfect fit for the program at DVC.

”We felt as if we could help her become a much better player, and help her reach her goal of playing at a solid NCAA Division I or II program,” he said. “After meeting with her and her family and having multiple conversations, both parties felt as if it would be a good fit, and the rest is history.”

Kong is known to be the daughter-figure of her team.

The group of nine are all incredibly close, according to Kong. Being the youngest on the team has given her opportunities to grow, Kong said, and has shown her how to improve as a player and as person.

”Being a freshman on the team meant that I could learn from all the sophomores on the team and has humbled me as a player because I didn’t get that in my high school,” said Kong. “I’m glad to be a position like this.”

Her teammates describe her as easygoing. With a gentle, humble, and hard-working spirit, Kong is a foundational addition to the team.

”Jasmine is incredibly vital. So many times when we were struggling as a team, she was the spark that got us going and really in some cases kept us alive,” said teammate Zahria Hendrix. “I know for a fact that without Jasmine we wouldn’t have won that state championship game and we definitely would’ve lost more than one game.”

Not only is Kong an essential part of her team, but her character and amiability stand out among her peers.

”She’s one of the kindest people I’ve ever met. She never turns her back on someone in need and often sacrifices for others,” said Hendrix. “She’s very dependable and just all around someone you can count on to just being there for you.”

Throughout the tribulations Kong has faced, there is a bible verse (Proverb 3:5), that has always stuck close to her heart: “Trust in the Lord with all your heart and lean not on your own understanding.”

In Kong’s moments of doubt, she turns to that proverb to remind herself who she is.

”There’s been many times where I’ve strayed away from my faith or I’ve come to the conclusions, ‘why am I playing at a community college? Why didn’t I get this scholarship when I was in high school? Or why am I overlooked a lot?’” said Kong. “I always have questions: why am I not in the D1, D2, or D3 level, why do I have to come through this route? That verse is very important to me because it reminds me of the trust in His plan.”

And Kong believes winning the state title was all part of that plan.

“I didn’t think I was going to be a state champion, and I don’t care what level it is. It’s a once in a lifetime moment,” she said. “So far, His plan has been amazing.”