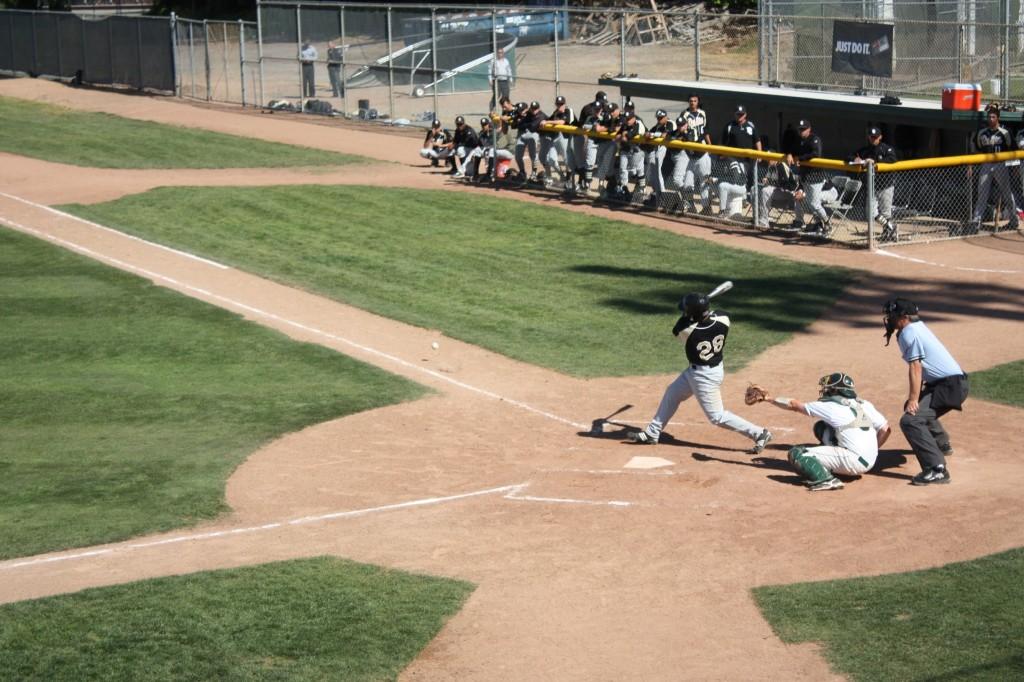 Delta third baseman Steven Patterson fouling a pitch off in the 4-1 win over the Vikings. (Julius Rea / The Inquirer)

With the righty Joe Lewis on the mound squaring off against Delta’s ace, Eric Watts, the Vikings looked to tune up before their first-round playoff matchup.

Watts (3-1) had all of his specialty pitches working off his fastball, getting the Vikings to chase outside of the strike zone. He held the Vikings offense to one run, and dominated throughout the game.

The lone run of the game for the Vikings was when Matt Burks, RBI groundout drove in Aaron Hernandez, who reached base on an infield single. The Vikings lost 4-1.