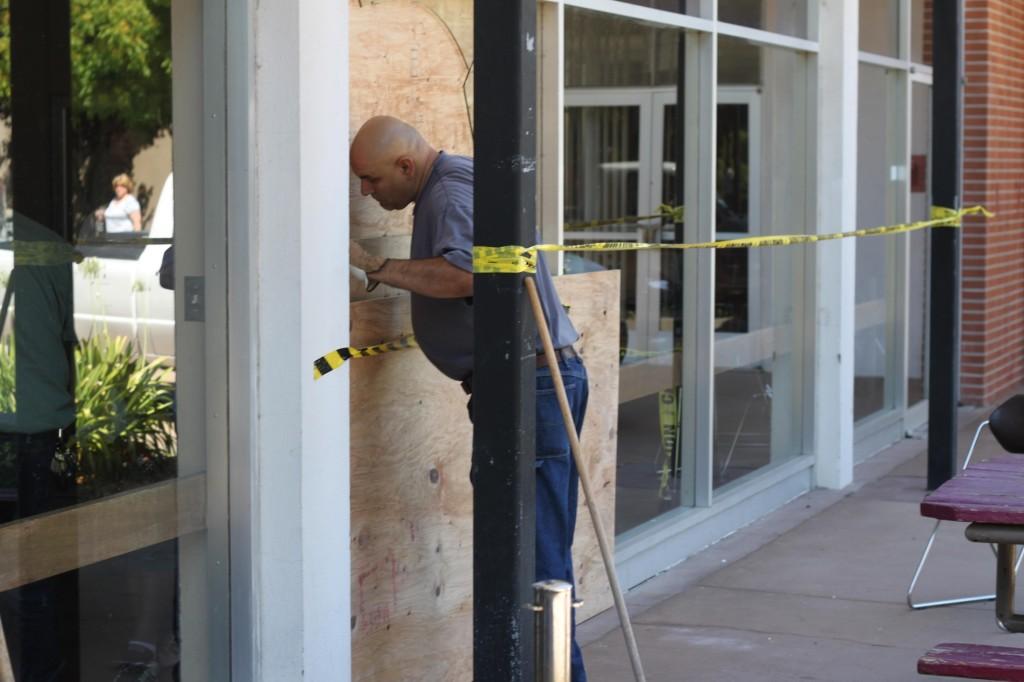 Central services worker Ron Dehelaita, 55, works on the broken Cafeteria window in the afternoon on August 25. (Pablo Caballero / The Inquirer)

An unidentified student leaned against and fell through a window in the Cafeteria earlier today.

According to police services, the victim was sitting on a bench when he fell through and received a cut to his left bicep. Cafeteria employees helped him put bandages on the wound but he refused further medical attention.

According to workers who were boarding the affected area, the incident occurred around 1 p.m.